Objectives:   The aim of the current study was to utilize electrophysiology to investigate the effect of familiarity on reward anticipation in response to faces versus non-faces in children with and without ASD. While previous studies have investigated the effects of familiarity on face processing, none have directly explored how the neural reward system is affected by familiarity in ASD. Specifically, we wanted to investigate reward anticipation for familiar versus unfamiliar faces, and scrambled versions of those images.

Methods: The stimulus preceding negativity (SPN) of the event-related potential (ERP) was utilized to measure reward anticipation. Participants were 6- to 10-year-olds with (N = 14) and without (N= 14) ASD. Children were presented with rewards accompanied by incidental face or non-face stimuli that were either familiar (caregivers) or unfamiliar. All non-face stimuli were composed of scrambled face elements in the shape of arrows, controlling for visual properties.

Results: No significant differences between familiar versus unfamiliar faces were found for either group. When collapsing across familiarity, TD children showed larger reward anticipation to face versus non-face stimuli, whereas children with ASD did not show differential responses to these stimulus types. Magnitude of reward anticipation to faces was significantly correlated with behavioral measures of social impairment in the ASD group. 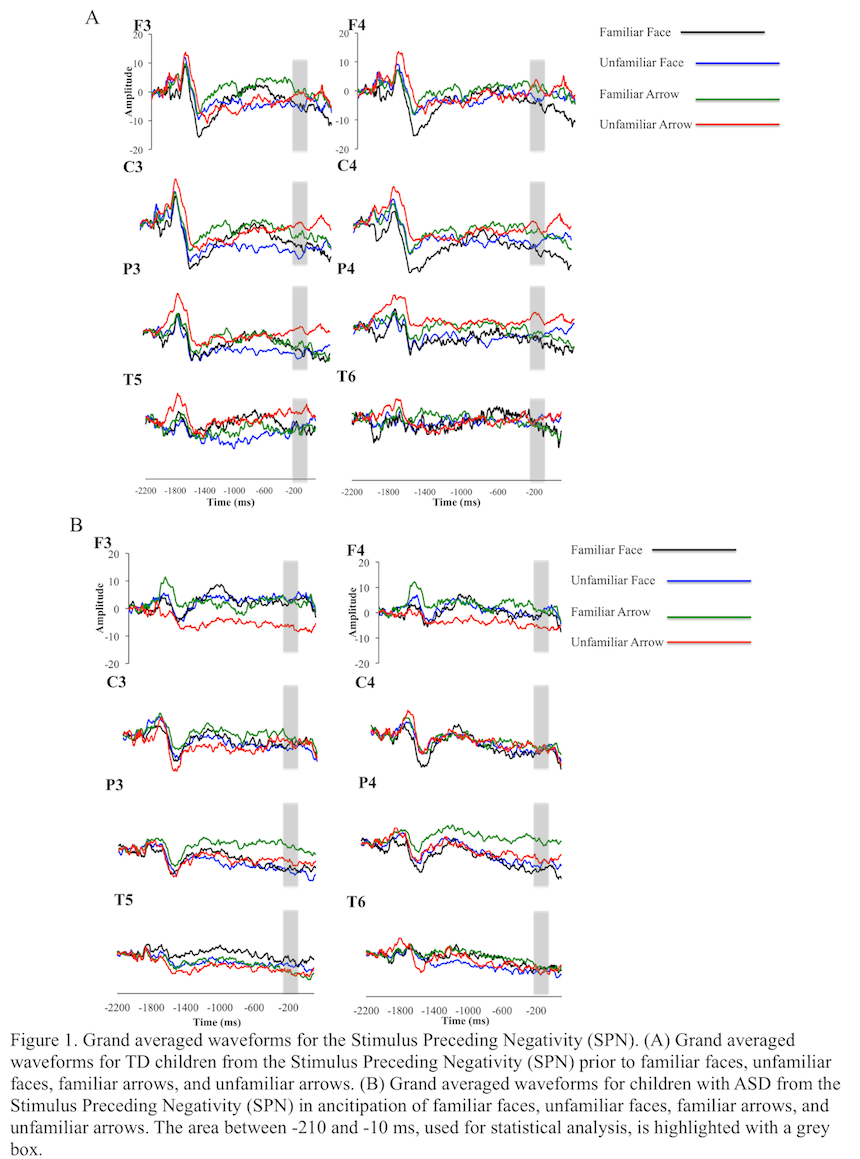