Objectives:  To describe medication use in youth with autism spectrum disorders (ASD) who were admitted to six specialized inpatient psychiatry units for serious emotional or behavioral disturbances.

Methods:  One-hundred and eight children were prospectively enrolled from February 2014 to August 2014. Inclusion criteria were a Social Communication Score of ≥ 12 and autism diagnosis by a research-reliable examiner using the ADOS-2.  Psychotropic medications were coded and classified. Descriptive statistics were calculated to characterize medication profiles for all subjects, as well as subgroups based on verbal ability.

Conclusions:  This preliminary data on 98 subjects demonstrates that the vast majority of youth with autism spectrum disorders who are admitted to inpatient psychiatry units are treated with more than one psychotropic medication upon admission, including 67% on a neuroleptic. Despite no change in the mean number of medications, there was a significant improvement in irritability at discharge. Future analysis of the complete AIC data set will include examination of specific agents, dosing trends and correlations with clinical outcomes. 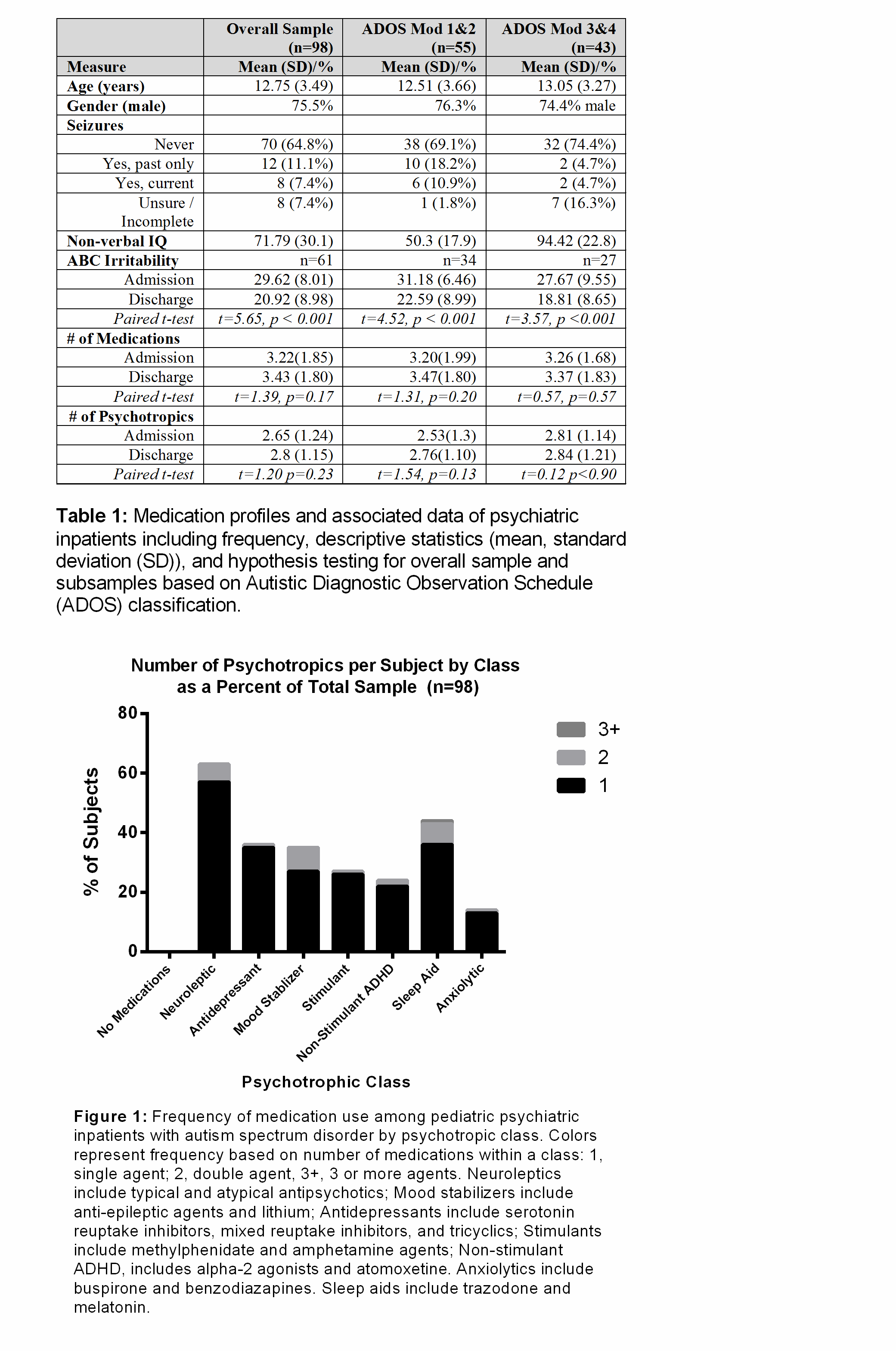