Objectives: This study aimed to develop and evaluate a novel, short-term, online intervention to improve selective visual attention in young adults with ASD.

Results: ASD individuals showed a significant improvement in the complex eyes emotion identification task after completion of the training modules (M1 = 5.69, M2 = 6.77), t = -2.59, p= .024. For the basic eyes emotion identification task, participants averaged a similar number of correct responses during both the pre-training and post-training tests. There were no other significant differences in pre- and post-task performance.

Conclusions: These data indicate that this training module might be useful for improving emotional identification skills in individuals with ASD, at least with those emotions that are less easily identifiable than basic emotions. These findings suggest that these online training modules, that could be accessible to a large number of affected individuals, might be effective in helping individuals with ASD to distinguish between subtly different emotional expressions. Larger scale studies are needed to further investigate the efficacy and ecological validity of this intervention. 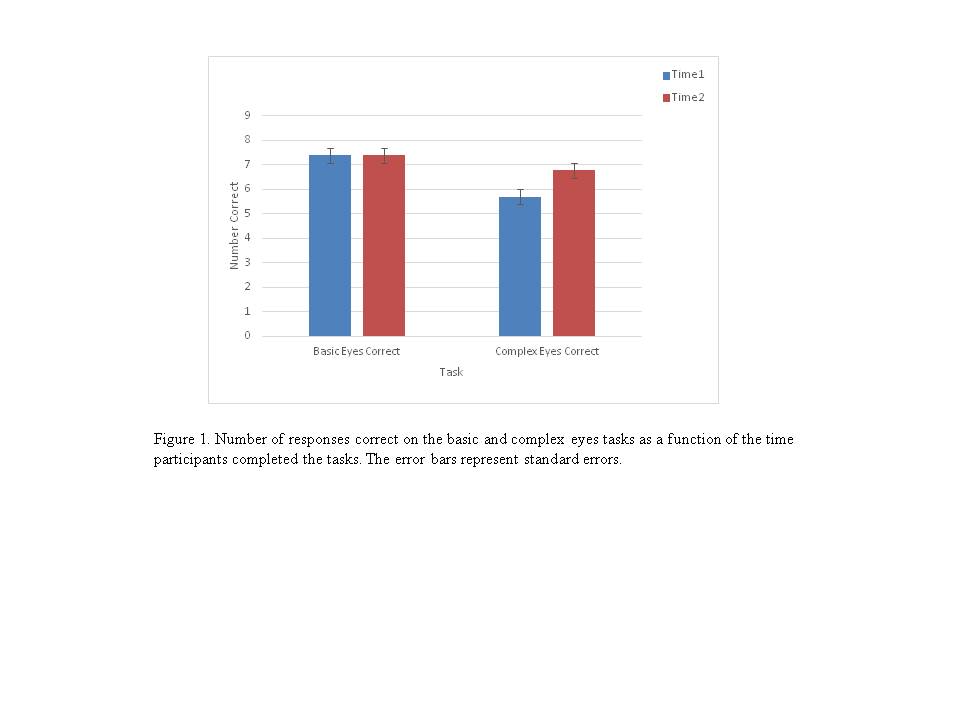