Objectives:   This study aimed to examine the role that dispositional mindfulness plays in predicting anxiety in adults diagnosed with ASD, compared to age- and IQ matched typical controls. We hypothesized that ASD adults would report decreased mindfulness overall compared to controls but that mindfulness would significantly predict anxiety levels in both ASD and control groups. Finally, we explored whether the separate factors of mindfulness captured by the Five Facet Mindfulness Questionnaire (FFMQ) might vary across groups in their predictive value for anxiety.

Methods:   Participants included 21 young adults (ages 18-30) who have been diagnosed with ASD and a control group (CON group) consisting of 20 college students who reported no history of psychological diagnoses. Participants completed a brief intelligence test (WASI-II) and several self-report measures including the Five Facet Mindfulness Questionnaire, the State Trait Anxiety Inventory (a measure of everyday anxiety symptoms), and the Social Responsiveness Scale-2nd Edition (as a measure of dimensional autism symptoms).

Results:  As expected, the ASD group reported significantly less mindfulness than controls. However, mindfulness was shown to affect the two groups differently. Multiple regression demonstrated that increased anxiety for ASD group is predicted by decreased levels of the mindfulness facets of observe—which measures attention to sensations and emotions; and non-reactivity—the ability to let emotions come and go without getting stuck on them. In contrast, anxiety in the CON group was significantly  predicted by the facet of non-judging, meaning the ability to experience negatively-valenced feelings without condemning them.

Conclusions:  These findings support other recent research in our lab that anxiety in ASD may arise from limited awareness of internal emotional states. We hypothesize that this limited awareness leads to feelings of uncertainty about how to respond to any given situation, and subsequent worry about whether one is responding appropriately. This may underlie a tendency to get “stuck” on particular feelings and situations. These findings also confirm that incorporating mindfulness in psychological interventions can be helpful for ASD populations. However, because mindfulness may moderate anxiety differently in ASD than neurotypical adults, interventions should be tailored specifically for the types of comorbidity seen in ASD populations. 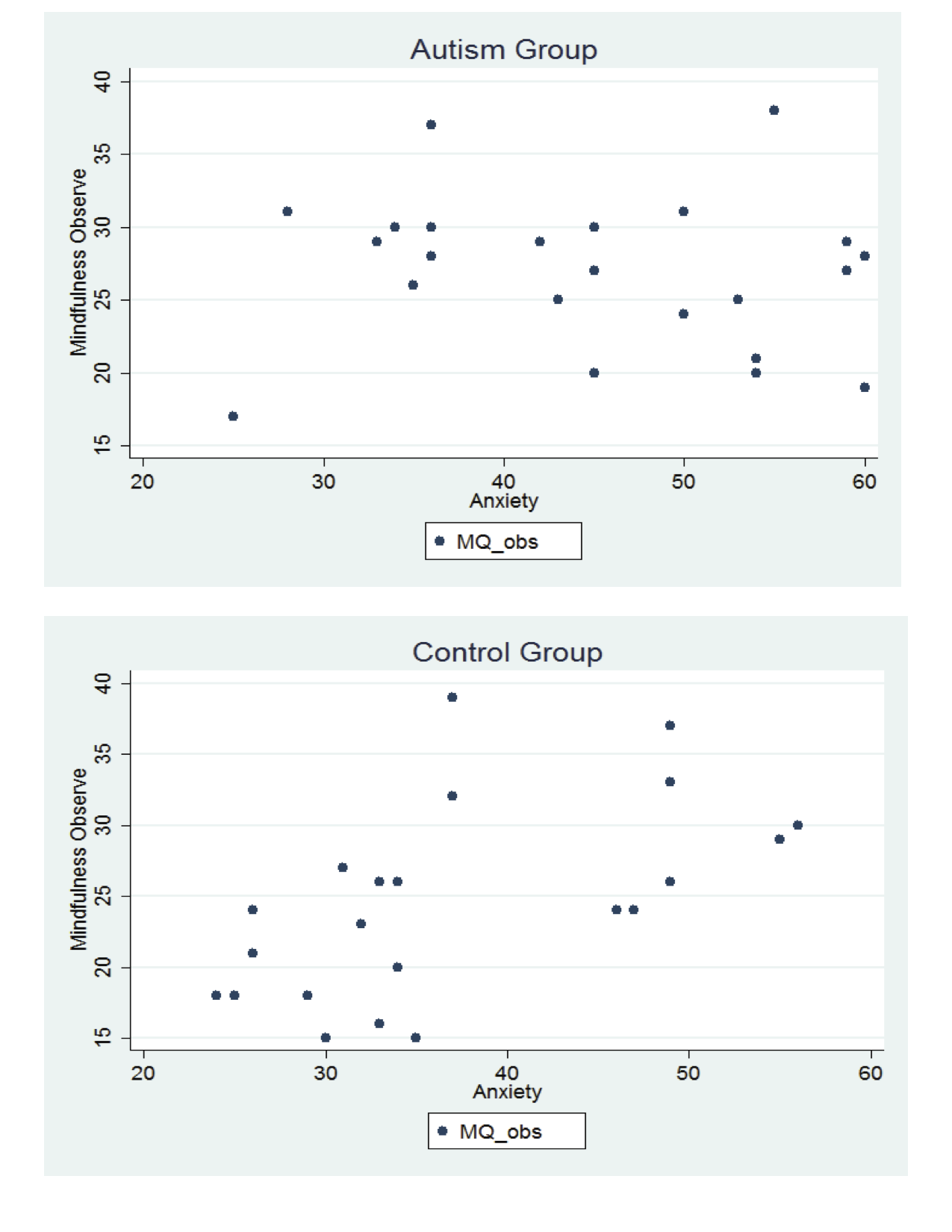