19771
Sex Differences in Autism: A Resting-State fMRI Investigation of the Intrinsic Neural Circuitry in Males and Females

Objectives:  In light of the dysconnection model of autism linking ASD to altered brain connectivity within specific circuits, the current study aimed to examine whether (i) ASD-related alterations in intrinsic functional connectivity are similar or different in males and females with ASD; and/or (ii) whether alterations in functional connectivity fit predictions of the ‘extreme male brain’ theory, i.e., by reflecting neural masculinization in males and/or females with ASD.

Conclusions:  In summary, our data support the notion that ASD reflects a disorder of sexual differentiation rather than a disorder characterized by masculinization in both genders. Future work is needed to identify the underlying factors such as sex hormonal alterations that relate to and/or drive the observed neural effects and to elucidate the mechanisms by which these sex-specific neural expressions modulate the presentation of the ASD neurophenotype. 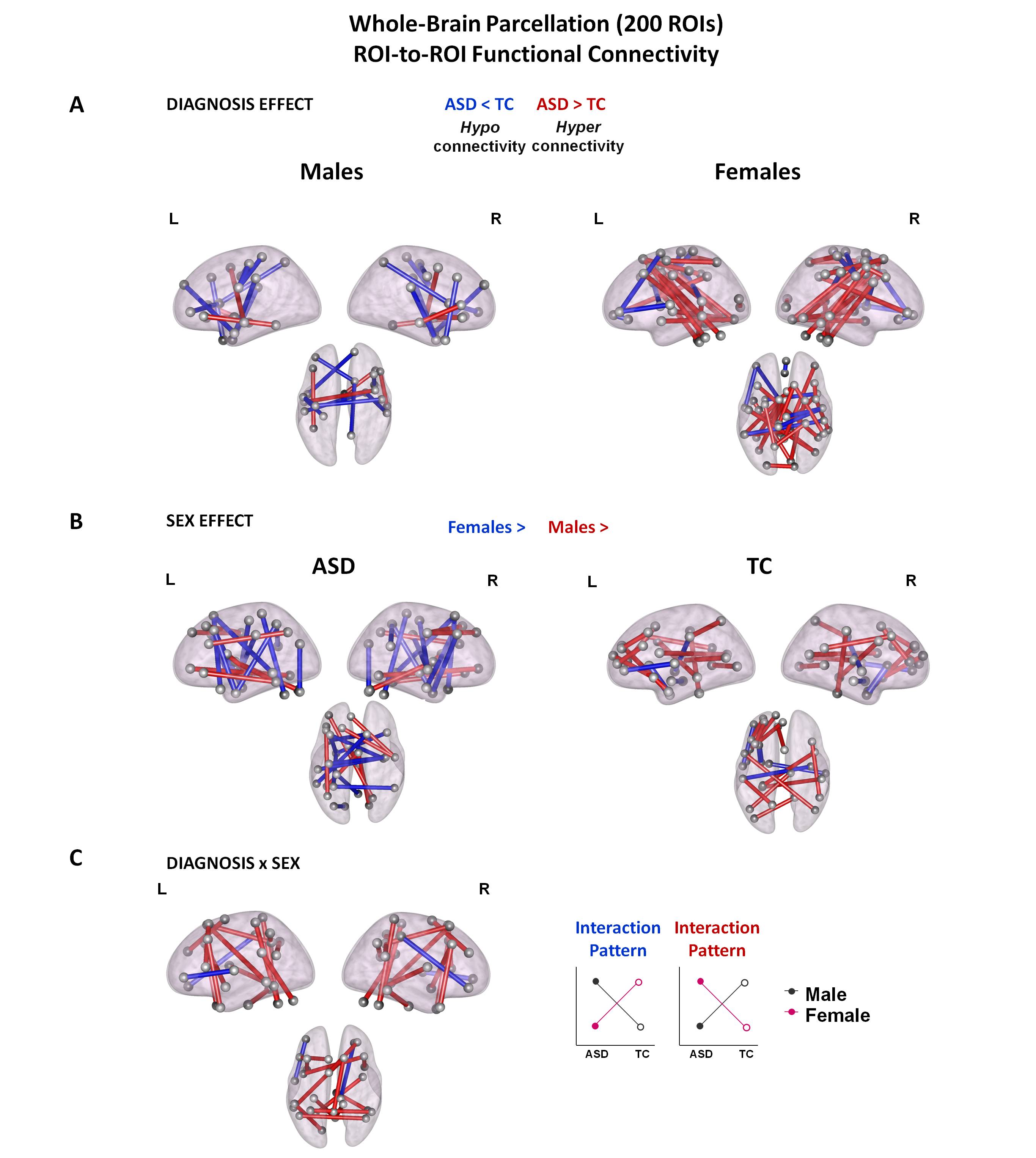