19911
Alexithymia As a Predictor of Dimensional Scales of Autism Symptoms

Results:   Multiple regression analyses indicated that both alexithymia and diagnosis were significant predictors of both AQ and SRS-2 scores when controlling for anxiety and depression. Furthermore, alexithymia emerged as a better predictor of dimensional ASD symptoms than categorical diagnosis. Additional Pearson correlations showed differing patterns between the study variables among the two diagnostic groups. In particular there appears to be different relationships between subscales of the TAS-20 and the SRS-2 in individuals with ASD.

Conclusions:  Alexithymia appears to be a robust predictor of dimensional measures of autism symptoms, even when controlling for related anxiety and depression symptoms. This evidence emphasizes the connection between autism and alexithymia and suggests the importance of the assessment of alexithymia in both clinical and research settings. 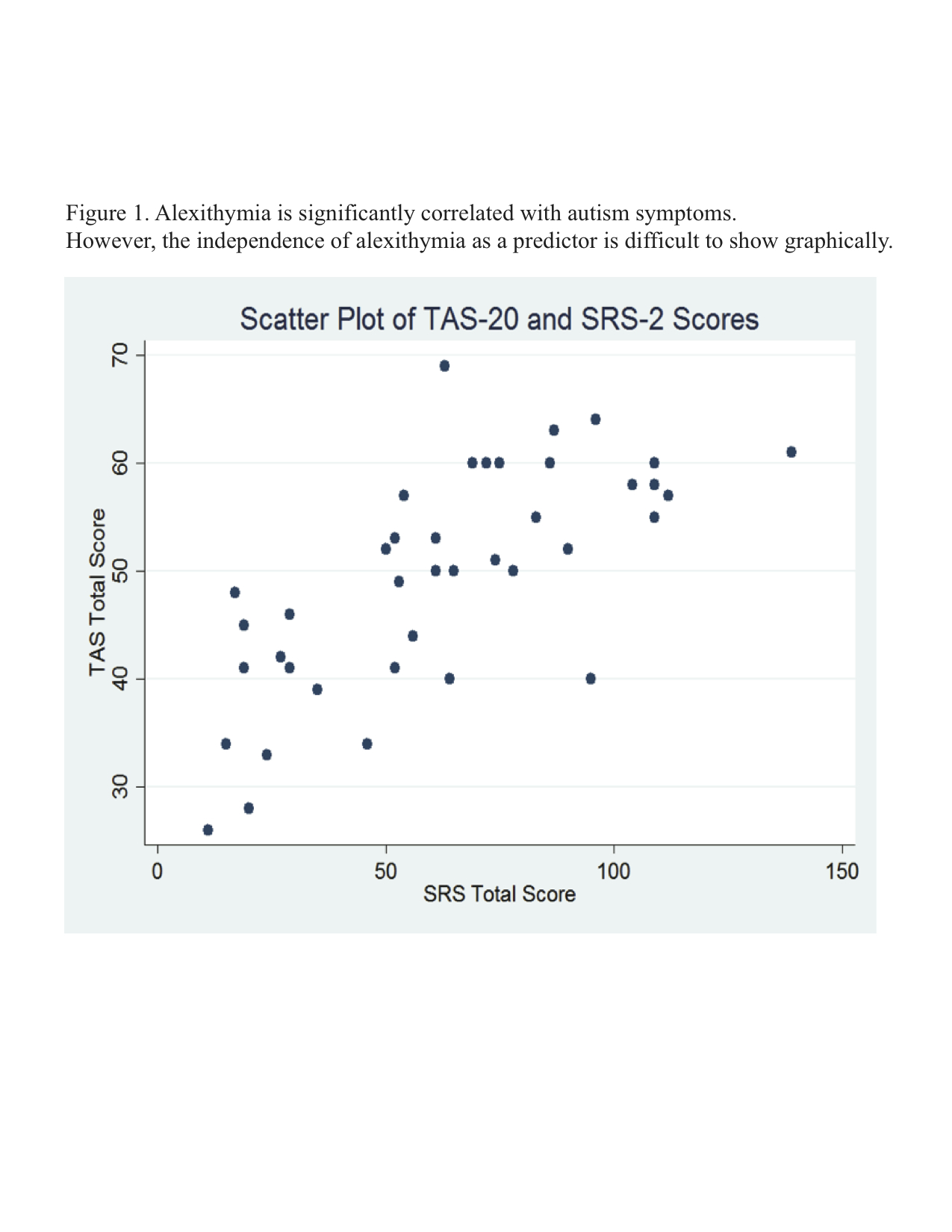