Objectives:  To examine precision grip in ASD with and without visual feedback.

Methods:  Seventeen individuals with ASD and 20 healthy control subjects matched on age, nonverbal IQ and handedness completed a test of precision grip. Participants pressed on opposing load cells with their thumb and index finger (Figure 1A). They viewed a horizontal white force bar that moved upwards with increased force and downwards with decreased force and a static target bar (Figures 1B & C). They were instructed to press on the load cells so that the force bar reached the same vertical level as the target bar, and then to maintain that level of force for the duration of 20 sec trials.  During vision trials, the force bar remained visible for the whole trial.  During no-vision trials, the forcebar was removed for the last 12 seconds of the trial and participants were instructed to continue producing force at the target level until the trial ended.  The target force level was set to 50% of each individual’s maximum force for each of six trials (two vision and four no-vision trials). The accuracy (mean force: target force) and slope of the mean force were calculated for the last 12 seconds of each trial.

Conclusions:  Our findings indicate that individuals with ASD and controls show similar levels of precision grip force accuracy when visual feedback is provided, but force accuracy deteriorates more rapidly in ASD when visual feedback is not available. Vision plays a dominant role in guiding motor output. However, other sensory feedback mechanisms including somatosensory and proprioceptive control processes as well as motor memory systems play important roles in regulating precision grip forces. Thus, deficits in somatosensory and proprioceptive feedback control processes and motor memory mechanisms appear to contribute to impairments in precision grasping in ASD and may underlie the commonly seen abnormalities in handwriting and feeding behaviors in this disorder. 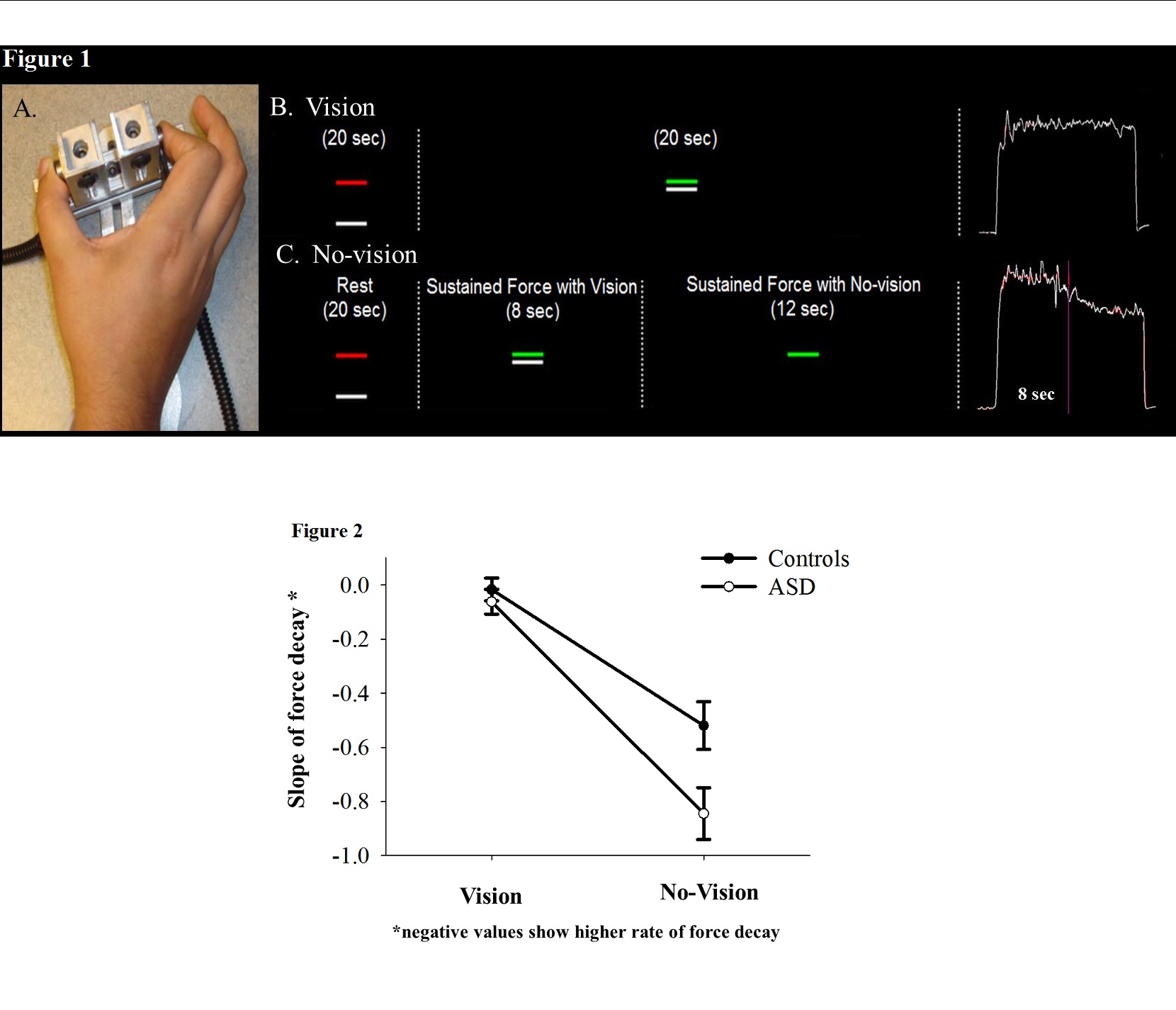