Imperial Ballroom (Grand America Hotel)
T. Kuddo, Thea Kuddo M.D., North Bethesda, MD
Background: According to the Centers of Disease Control estimates of 2014, every 42nd boy and 189thgirl in the United States has an Autism Spectrum Disorder. Every third child affected fails to develop functional language despite early intensive interventions, and will require life-long care. Tager-Flusberg and Kasari (2013) have suggested that particularly around the age of 4-5 years, there may be specific developmental changes that place a child on a path to becoming verbal, or remaining minimally verbal, and that development of novel interventions that target this transitional stage may be important. Despite general lack of knowledge about minimally verbal autism, affinity to music activities and exceptional pitch perception have been described. Taking advantage of preserved musical abilities in these children coupled with the knowledge from neuroscience research of shared neural systems of music and language, may offer a novel, music-based way to target the transition from minimally verbal to verbal in these children.

Objectives: To identify the mechanism by which, and evaluate effectiveness of, the role of musical stimuli, based on shared characteristics between music and speech, in development of meaningful spoken language in a 5 1/2 year old girl with minimally verbal autism with severe behavioral disturbances, and high nonverbal intelligence quotient (IQ) score, who failed to respond to any known intensive intervention modes; to characterize developmental trajectories and timeline of language acquisition in minimally verbal autism. 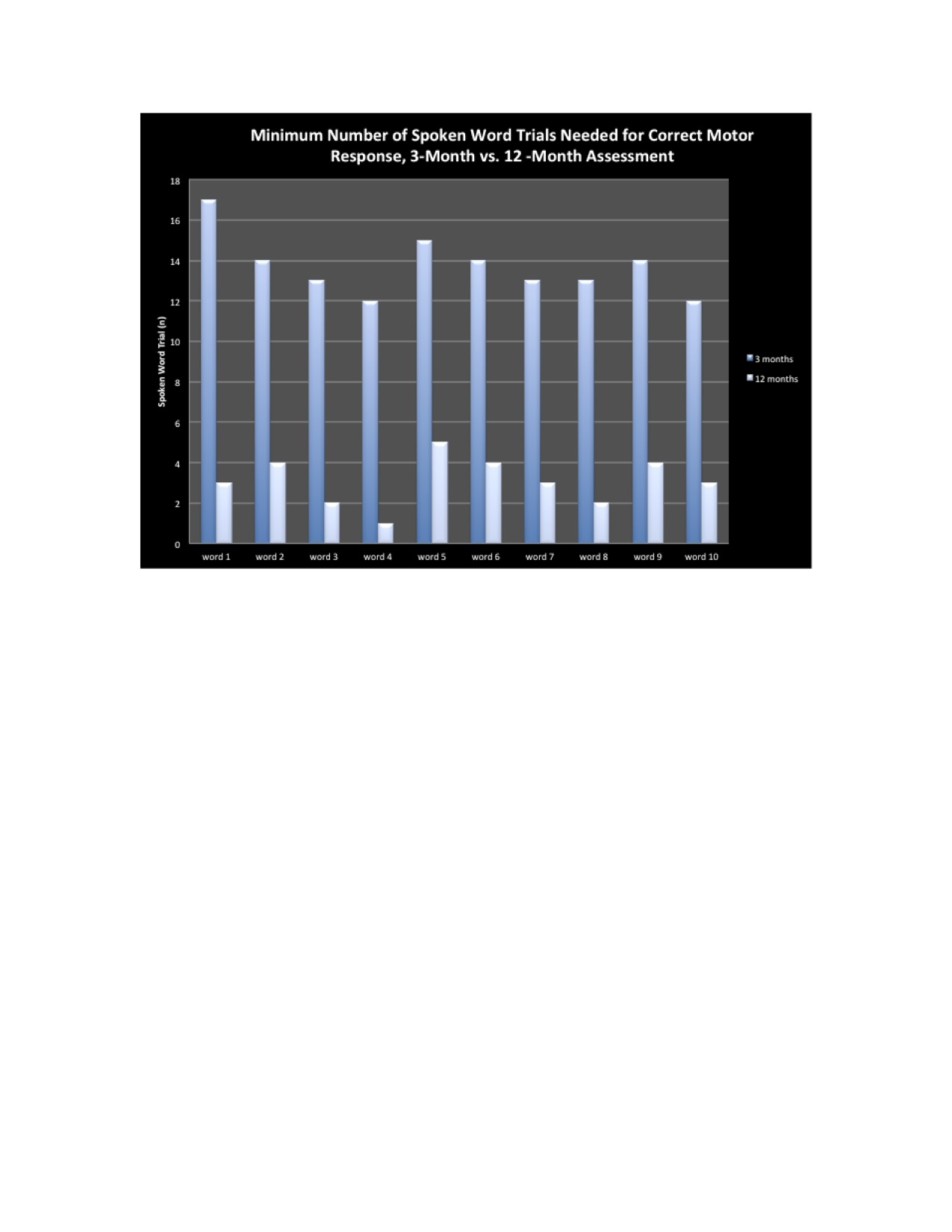