Hall A (Baltimore Convention Center)
N. Takayanagi1, M. Adachi1, S. Yasuda1, S. Yoshida1, M. Kuribayashi1 and K. Nakamura2, (1)Research Center for Child Mental Development, Hirosaki University, Hirosaki, Japan, (2)Hirosaki University Graduate School of Medicine, Aomori, Japan
Background:  Children with ASD were tend to have difficulties in social communications and friendships in school, therefore they are at risk of secondary disabilities such as depression. Previous studies showed that rumination such as repetitive focus on their distress would increase depressive mood and skills of problem solving would decrease it. It is necessary to examine risk and protective factors of depression in children with ASD.

Objectives:  The present study aims to examine risk and protective factors of depression in children with ASD tendency.

Conclusions:  The current study showed that children with ASD tendency would have different risk and protective factors of depression from controls, although they had the same factors partially. Peer support and distraction would decrease depression in all children, and for children with ASD, suitable coping strategy and support would be effective. 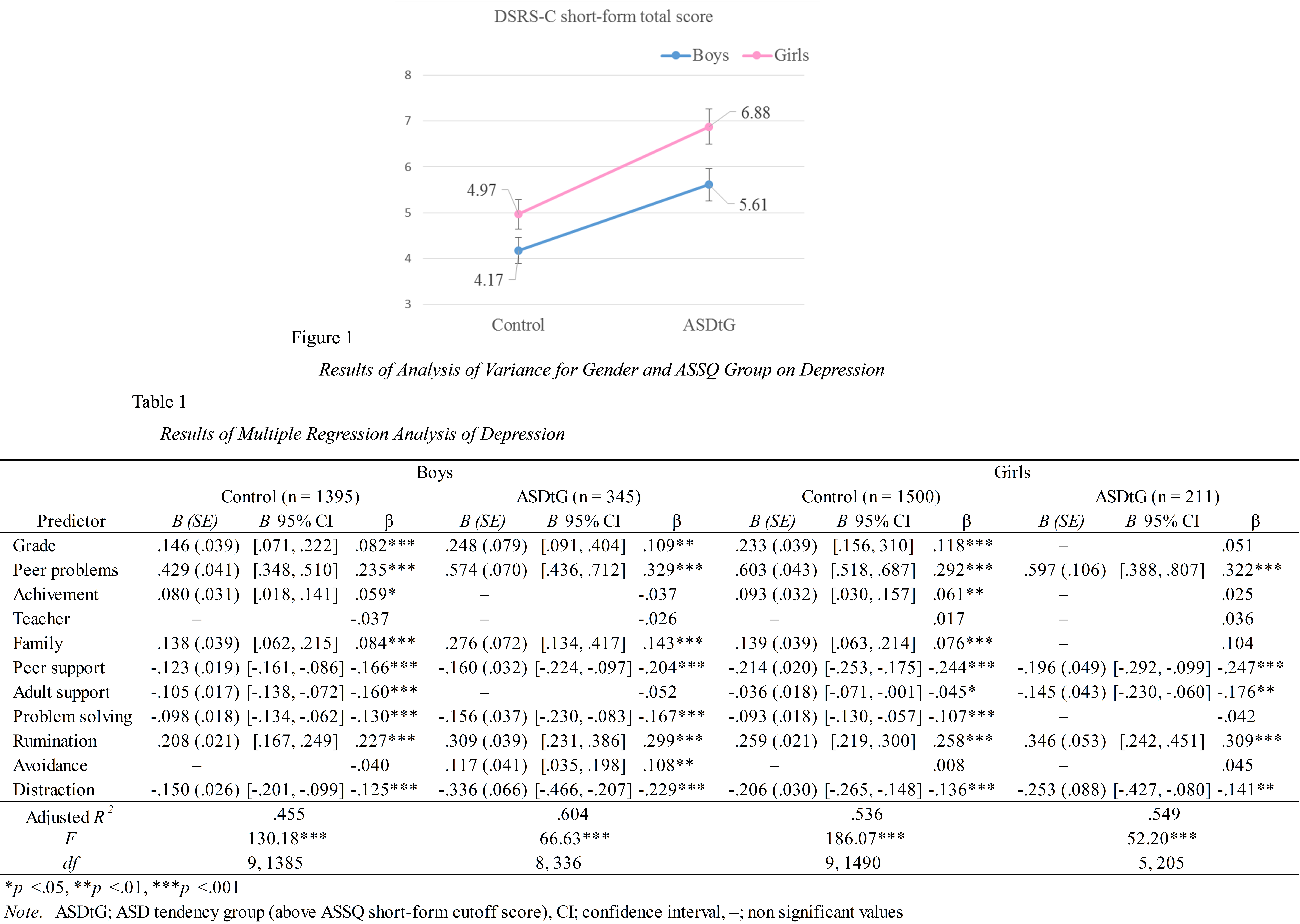