Objectives:  The goal of the present study was twofold. We wanted to test a group of participants who were along the broader autism phenotype (BAP) in a visual search task. We modified the task to include emotion faces to test whether advantages in visual search performance would be stronger with these stimuli, rather than neutral stimuli.

Conclusions:  Individuals who scored high on the total AQ and the socioemotional AQ subscales, and may be along the BAP, show faster identification on a visual search task compared to those who score low on these measures, even when the target stimuli are emotion faces. 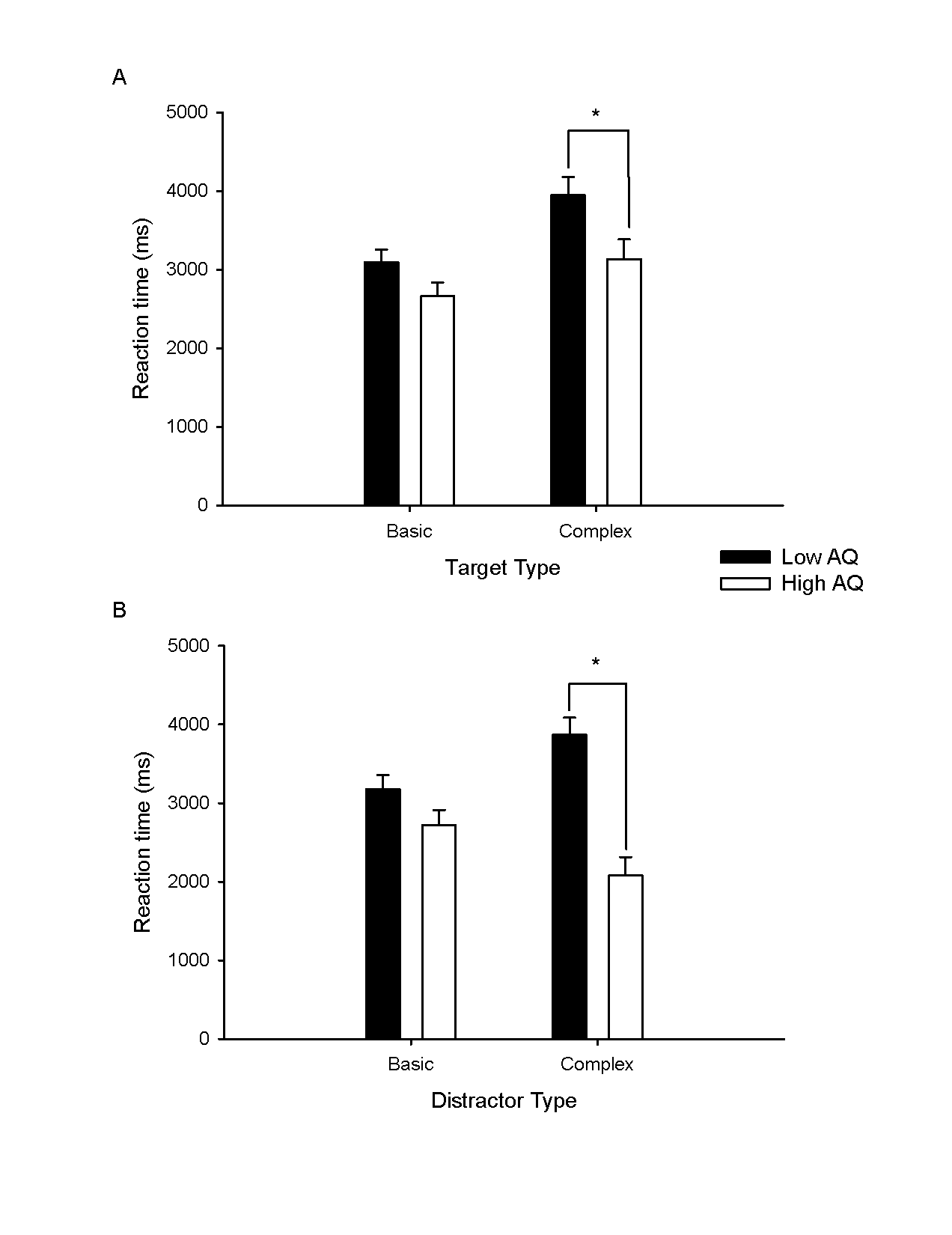