Objectives: With increasing availability of EEG recordings from infants at-risk for autism, our goal was to develop novel tools allowing progress in this area. We developed a population-averaged template allowing source reconstruction in one year-old infants without the need for individual participant MRI.

Methods: We used the BrainVisa pipeline to estimate a mesh surface of the cortical ribbon and some deep structures (e.g., the thalami) from the dataset of Shi et al. (2011) [PLoS One, 6(4), e18746] which contains an MRI template (average from 90 infants recorded at 1 year), tissue probability maps, and brain parcellation [Tzourio-Mazoyer, et al., (2002). NeuroImage, 15(1), 273-289]. Poor gray/white matter discriminability (typical for MRI at this age) and fuzziness due to inter-participant averaging of MRI volumes required additional manipulations to guide BrainVisa. Thus, a gray/white matter mask was computed using a Python toolbox (NiBabel) to merge the information from the gray and white matter probabilistic maps (voxels intensity < 25% of maximal intensity were set to 0; remaining voxels were classified as gray or white matter depending on the respective maps where their intensity was higher). The MRI-space Tzourio-Mazoyer parcellation was propagated to the cortical and subcortical mesh by coregistering every vertex with the corresponding voxel. BrainVisa provided a poor skull reconstruction, so Brainstorm was used for that purpose. As suggested by experimental results showing skull thickness of 1.5 to 4 mm in one year-old infants [Li et al., (2015) PLoS One, 10(5), e0127322], an 2.75 mm skull thickness was used for reconstructing the scalp, outer skull interface, and inner skull interface with boundary-element method.

Results: The resulting template is available online in the Matlab Brainstorm package and can freely be used for EEG source analysis of high-density EEG recordings.

Conclusions: Availability of these new tools will promote analyses of topologically-resolved functional connectivity in the study of autism through the estimation of EEG sources. Moreover, as data from large scale MRI studies of infants at-risk becomes available, it will be possible to improve validity of these EEG tools for infants across the first three years of life. 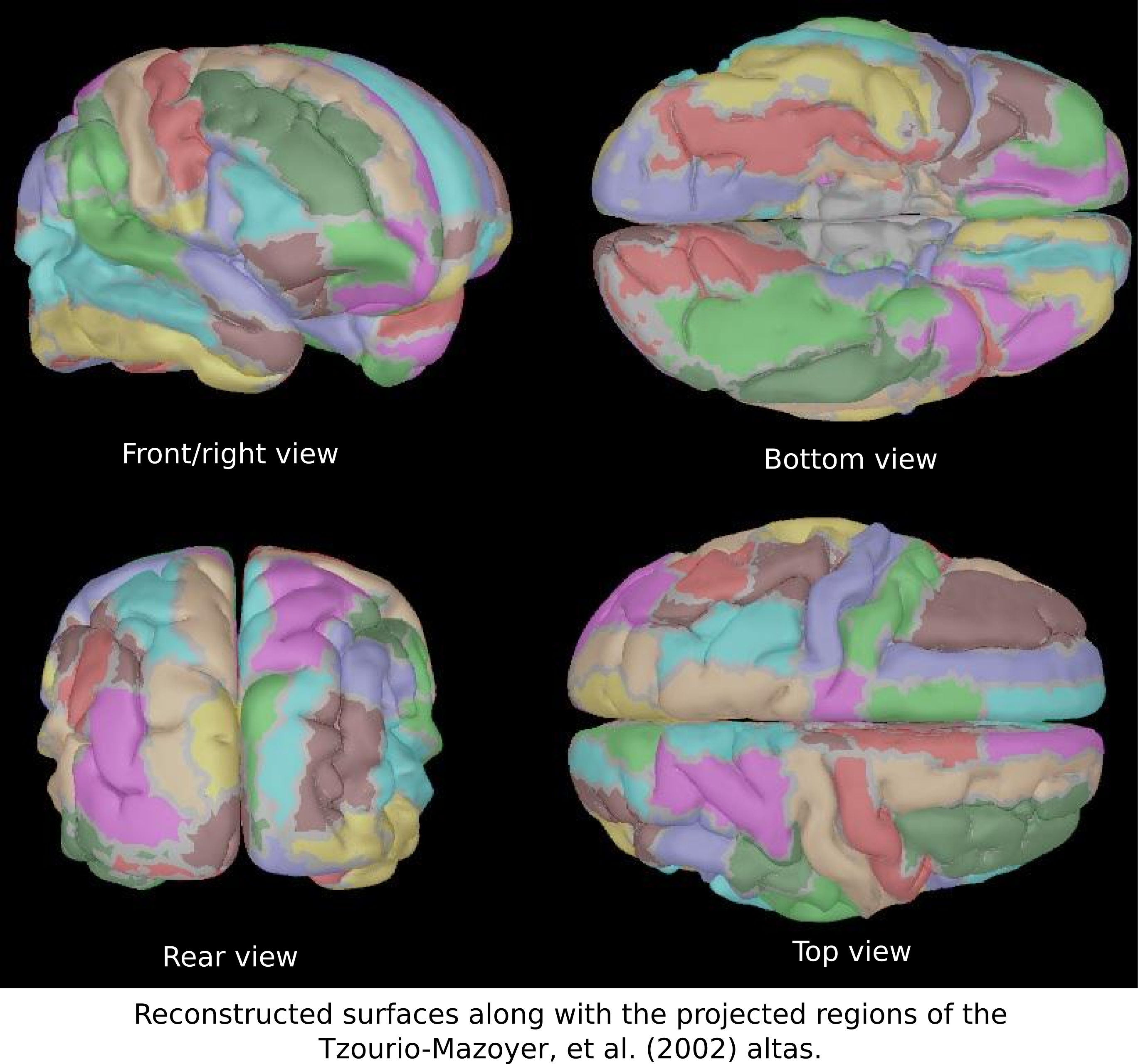