Objectives: To examine how disruptive behaviour in children with ASD is related DMN deactivation, to determine how much this relationship is mediated by comorbid anxiety and/or attentional deficit problems, and to explore the link between DMN deactivation and social functioning. 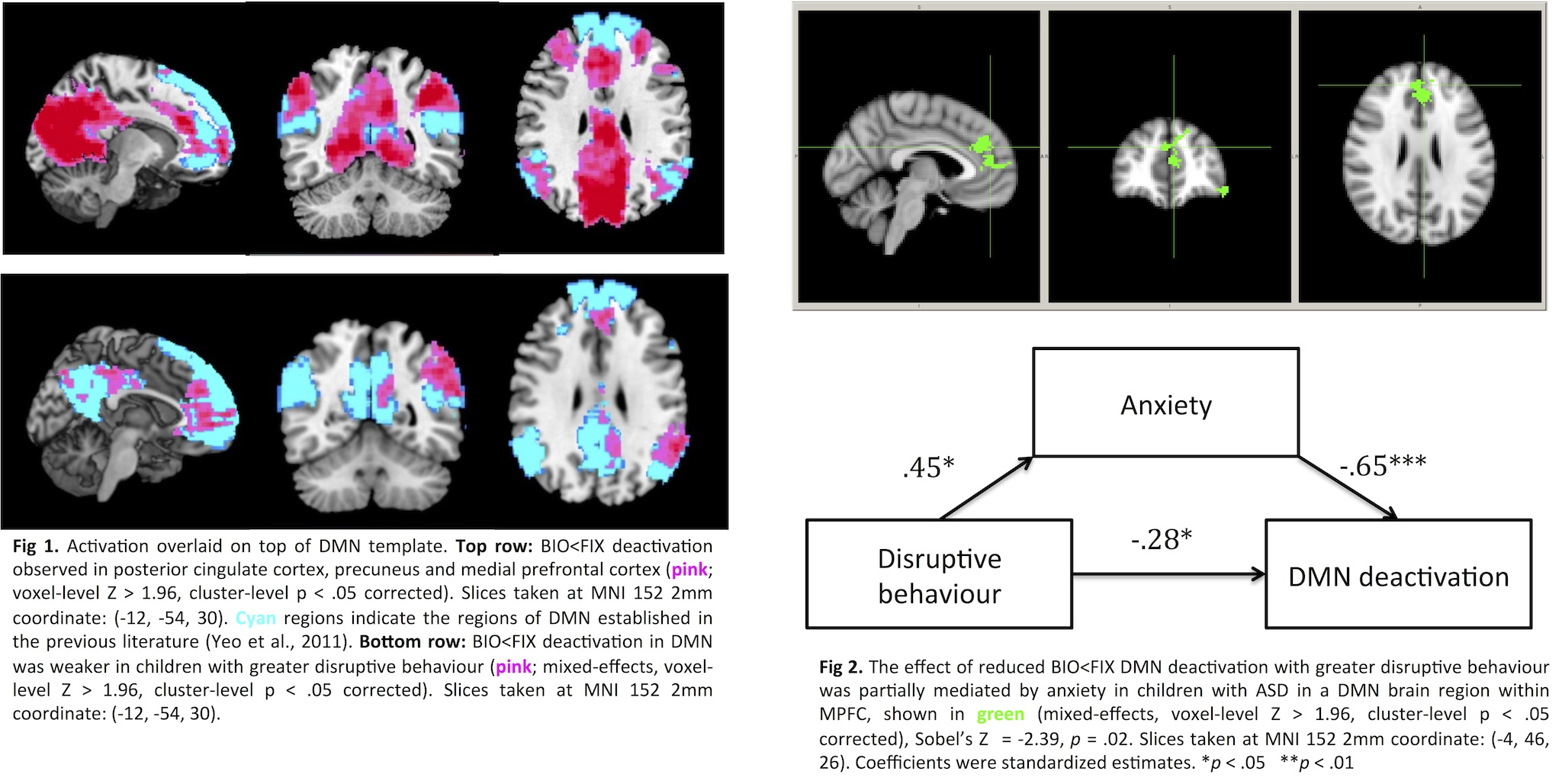