Objectives: Using a prospective birth cohort enriched by preterm birth, we sought to examine the effect of IUI, measured by clinical chorioamnionitis (CA), in combination with a range of gestational ages, in the development of ASD. We also included analyses on other developmental disorders (DD) in parallel to examine if the effects are specific to ASD or common across various DDs.

Methods: This study included 2359 children (87 ASD cases) with clinical CA data, a subset of the Boston Birth Cohort who completed at least one postnatal study visit at Boston Medical Center between 1998 and 2014. Cases of ASD, intellectual disabilities (ID), attention-deficit hyperactive disorder (ADHD) and other DD were identified based on ICD9 codes of physician diagnoses in electronic medical records. Gestational age was defined by an algorithm based on prenatal ultrasound before 20 weeks of gestation and date of last menstrual period. CA was identified if the mother and the child had at least two of the clinical signs and symptoms of CA. Using Cox proportional hazard regression model controlling for potential confounders, risk of each type of DD was compared among children with different gestational age and CA status.

Conclusions: This is the first prospective study on the effect of IUI on DDs across gestational ages. We found IUI to have heterogeneous associations with DDs independent of preterm birth: it is a risk factor for ASD and ID, but not ADHD and other DD. We also found IUI to be a risk factor for ID among term children. 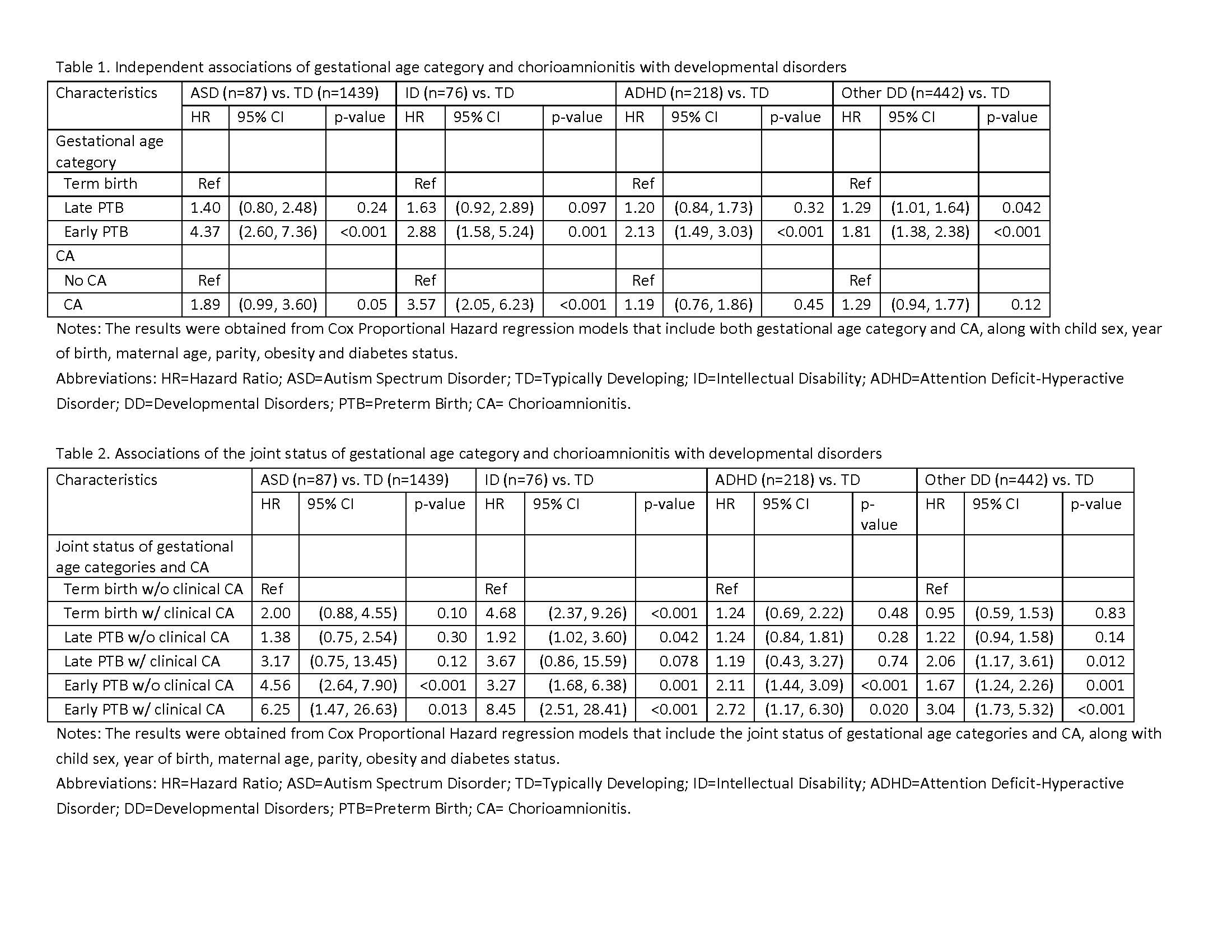