21455
An Analysis of Restricted Interests in Autism Spectrum Disorder with Versus without Speech Onset Delay: The Importance of Perceptually Versus Thematically Organized Interests

Recent findings (Bonnel et al, 2010; Barbeau et al, 2013) indicate that autistic people with/without speech delay can be differentiated on the basis of the perceptual vs. non-perceptual nature of their ability peaks. Neuroimaging findings support this hypothesis, by showing that autistic people with or without speech onset delay can be contrasted by the perceptual versus linguistic nature of the cortical areas displaying overactivation during the presentation of visual and auditory material (Samson et al, 2013, 2015).

In the light of these findings, the present study aims at exploring the nature of restricted interests in these two autistic populations, by examining whether autistic people with/without speech delay can be differentiated on the basis of the perceptual versus thematic nature of their interests.

30 adult participants with autism spectrum disorder (based on ADI / DSM-4R criteria) participated in this study, and were allocated to AS-SOD (speech onset delay; N=15) or AS-NoSOD (no speech onset delay; N=15) subgroups, while being matched for IQ (> 70; Raven’s SPM, 1981) and age. 13 typically developing controls, also matched for age and IQ, were recruited on the basis of presenting specific interests while being free of symptoms of autism spectrum disorder. Information about restricted interests was obtained by having participants answer to 19 questions based on the Yale survey of special interests (Klin & Volkmar, 1996) and the semi-structured interview by Mercier et al. (2000). Data were qualitatively analyzed with NVivo 10 textual analysis software in order to segment and categorize the content of the verbal reports provided by the participants.

Restricted interests in AS-SOD are characterized by perceptually organized structures while these interests present a rich conceptual organization in AS-NoSOD individuals. These differences in the nature of restricted interests may provide important clues with respect to the mechanisms of information processing characterizing autism with speech delay as opposed to autism without speech delay. Our findings may also have implications for the definition of optimal and differentiated educational learning tracks in these two subgroups of autism spectrum disorders. 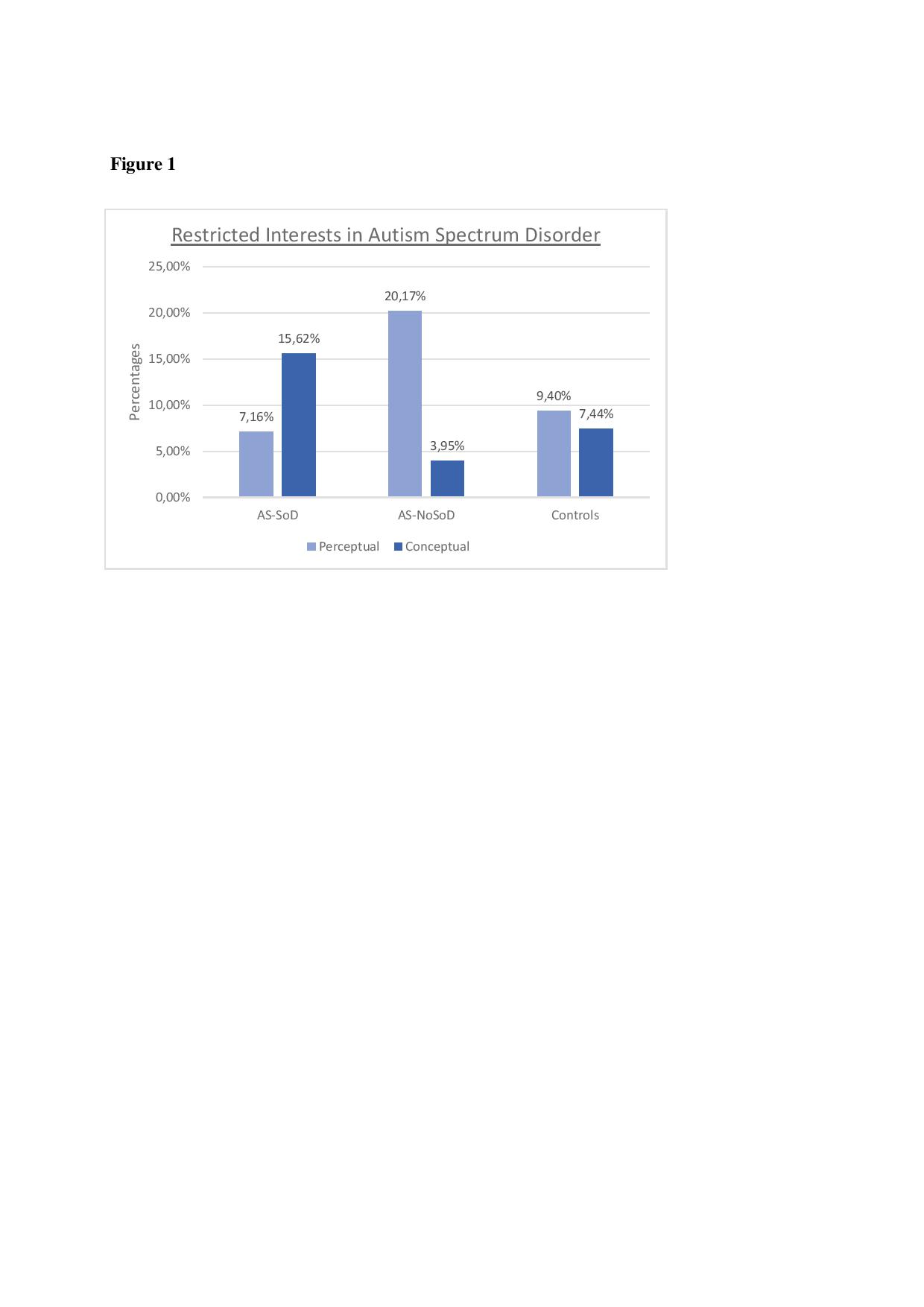