21473
Spontaneous Beta Oscillations Are a Biomarker of Duplication 15q11.2-q13.1 Syndrome

Conclusions: SBOs represent a clear diagnostic biomarker of a genetically distinct subgroup of children with neurodevelopmental disorders. Given evidence that beta oscillations relate to GABAergic tone [Gaetz et al., 2011; Van Lier et al., 2004], these SBOs represent a potential biomarker of cortical inhibition in this population that may facilitate not only the diagnosis but also treatment monitoring in a subgroup of children within the autism spectrum. Our finding of lower delta power in children with Dup15q syndrome may relate to a shift in spectral energy from slow to fast frequencies (i.e., delta to beta) resulting from GABAA receptor gene upregulation in this disorder. 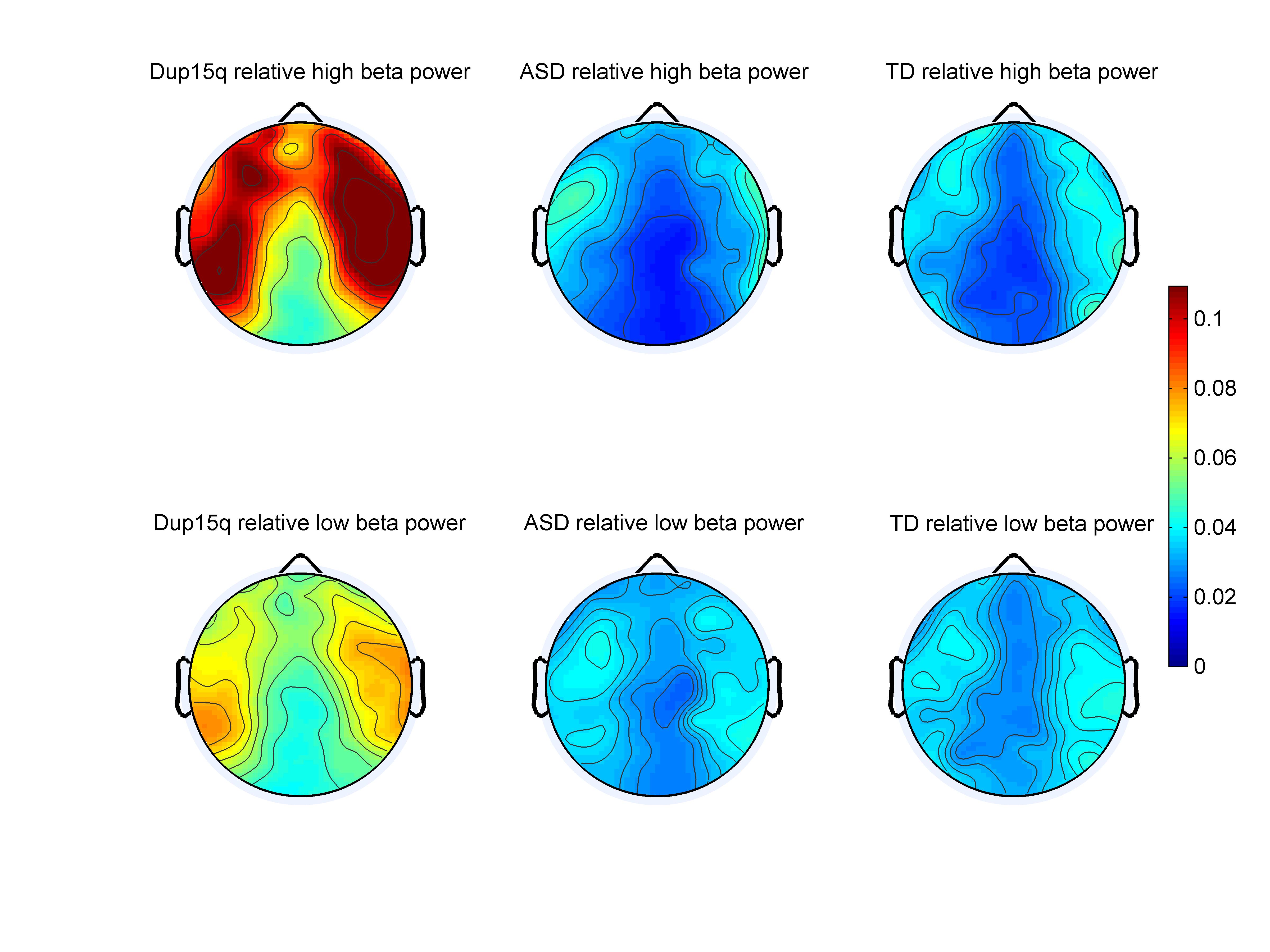