Objectives: The present study extends the findings of Nyström et al. (2015) to examine sensitivity in the PLR in HRA and LRC infants at 6 and 12 months, in hopes of gaining a richer picture of the trajectory of this response across the first year of life.

Methods: Participants included 32 infants, 12 6-month-olds (HRA: n=5; LRC: n=7) and 20 12-month-olds (HRA: n=5; LRC: n=15). As part of a paradigm examining attention to faces, a Tobii x120 eye-tracker was used to present infants with up to 14 trials of a black fixation screen followed by 32-s videos with white backgrounds showing familiar and unfamiliar faces. On trials where infants were attending to the screen during the shift from dark to light, the maximum absolute acceleration during the PLR and the relative pupil constriction were obtained. Pupil diameter was sampled at 60 Hz and Gaussian-smoothed with a standard deviation of 5 samples (83 ms). Velocity and acceleration were similarly smoothed prior to further processing. Relative pupil constriction was calculated from D0 (baseline diameter) and Dm (minimum diameter) as (D0-Dm)2/D02. Infants with at least three valid trials were included.

Conclusions: Despite the modest sample size, this study extends the work of Nyström et al. (2015) to illustrate changes in the PLR between 6 and 12 months in HRA and LRC. Their work found stronger and faster responses in HRA as compared to LRC at 10 months, but the present findings suggest this is not yet the case at 6 months. Further analyses are underway with an extended sample, and future work will examine how individual differences in this physiological response might relate to developmental outcomes. 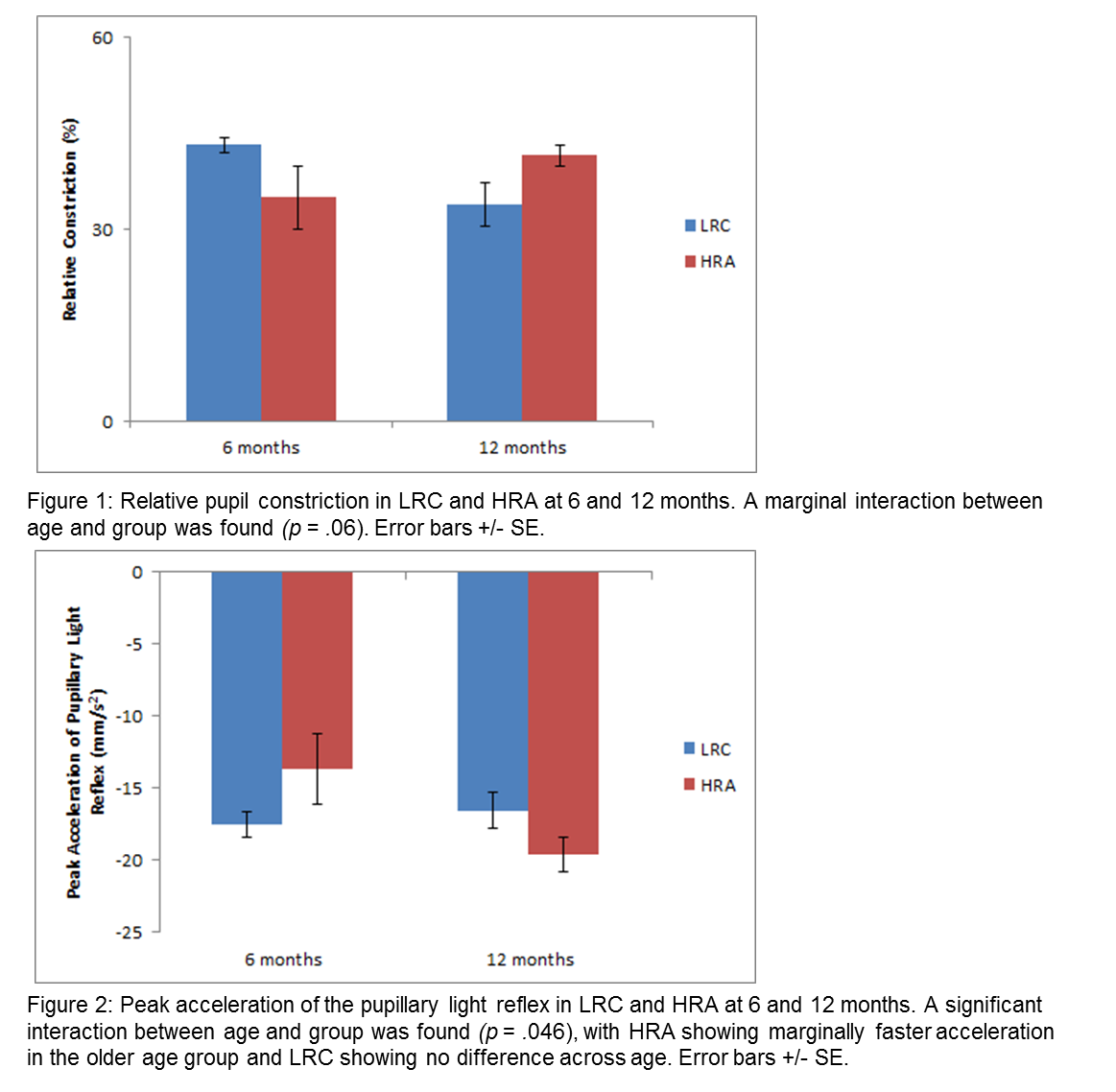