The first generation of children diagnosed with ASD is now becoming elderly. Very little consideration has been given to ASD housing for those aging with ASD even though the people with ASD are becoming elderly now and the decades to come. Therefore X, Denmark and Y, US have inspired each other on minding the gap on how to build residential care to meet the unique needs of this target population based on their knowledge and experience with elderly individuals with ASD due to the fact that ASD manifests itself in different ways being elderly.

To build new residential care facilities based on X’s and Y’sown collection of results on elderly with ASD with the aim of enhancing the target group’s overall quality of life and supporting the challenges of aging like lack of mobility and ill-health.

Based on the Danish “Model Program for Sheltered Housing Designed for Elderly People with Autism”, which the Danish organization Realdania helped to develop in 2010, Xhas built Seniors House. Ever since the initial brainstorming of the construction there has been a focus on user involvement, including core employees with key knowledge on elderly individuals with ASD, elderly people with ASD and their relatives. Also in the project steering group Autism Denmark and the Danish National Board of Social Services have been involved.

In the US Yhas done intense studies on nursing homes and other long-term care options and discovered that there are no programs in the US designed and/or equipped to meet the medical, neurological, and safety needs of aging individuals with ASD.

In 2014 X opened Seniors House - Denmark’s first specialist environment designed uniquely for four elderly people with ASD. The involvement of people with ASD in Seniors House is evident in the choices made in both architecture and interior design. For example, X’s research showed that elderly people with ASD liked the idea of having dark, somewhat sheltered rooms, wooden materials, overall the colour green, having a sitting area outside their door so that they can be part of a group from a distance, watching the life outside their home, minding their social challenges which are more profound being elderly.

In the US Y has developed its building-model for individuals with ASD who are aging and have significant medical issues which includes on-site health care services, telemedicine, health-monitoring, new technology and farm animals. The facilities break ground in late 2016 or early 2017.

X’s Seniors House in Denmark and the future Y’s Long Term Care Project in the US, both serve as important building projects on how to create specialized long-term care for aging individuals with ASD. The vision of the two building projects is to function as knowledge platforms and sources of inspiration for other buildings for the similar target group. 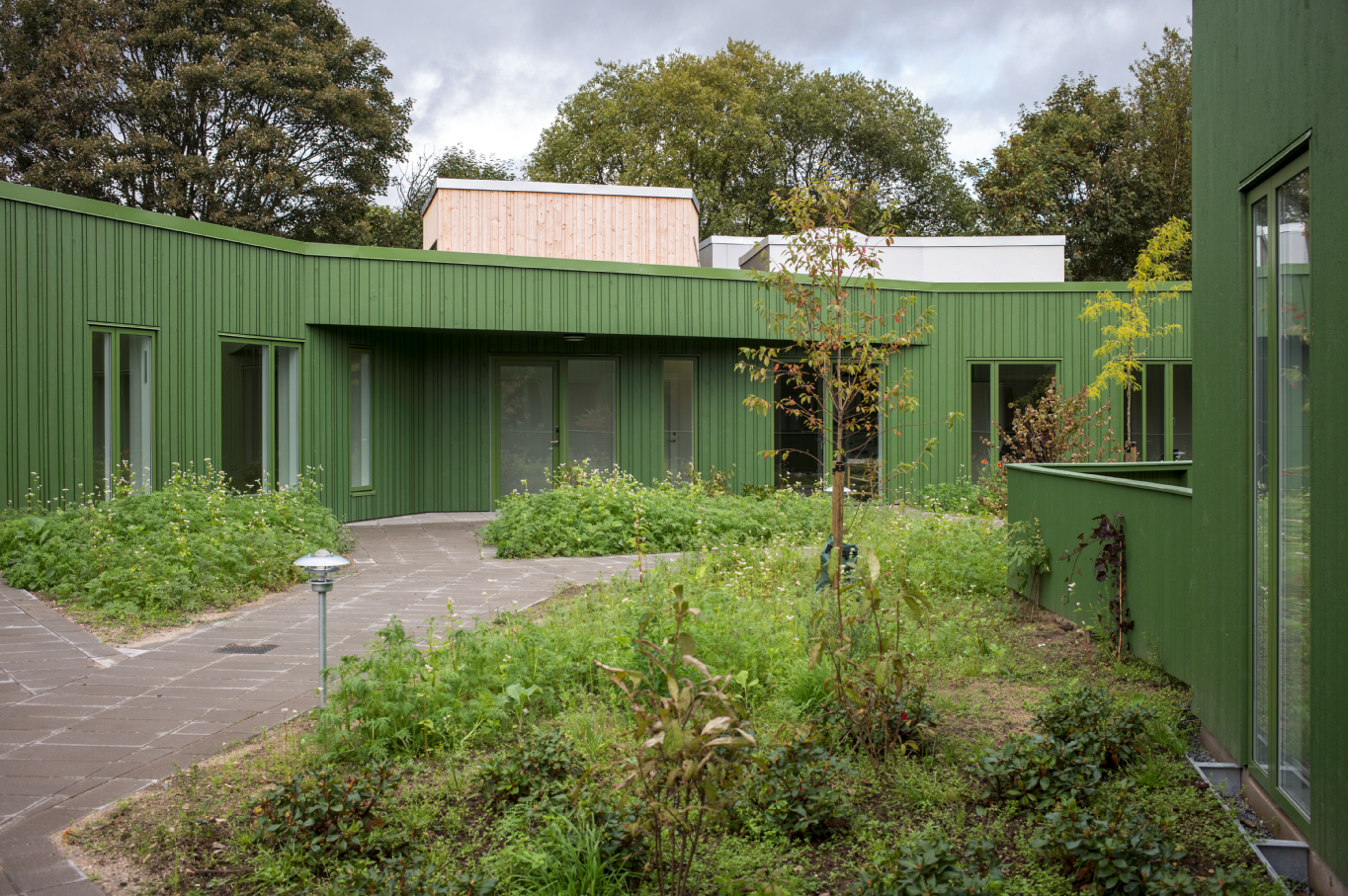