Hall A (Baltimore Convention Center)
J. Day-Watkins1, A. Pallathra2, J. E. Connell1 and E. S. Brodkin2, (1)Drexel University, Philadelphia, PA, (2)University of Pennsylvania, Philadelphia, PA
Background: Behavior skills training (BST) is a parent and staff training package that includes verbal instructions, modeling, rehearsal, and feedback (Nosik, Williams, Garrido, & Lee, 2013). BST relies on the presence of a trainer throughout the training period. It may be advantageous to find training arrangements based on BST that reduce the reliance on a trainer (Giannakakos, Vladescu, Kisamore, & Reeve, in review). One such variation is video modeling with voiceover instruction (Vladescu, Carroll, Paden, & Kodak, 2012).  This package includes voiceover instruction that describes the behaviors being modeled in the video.

Objectives: The present study sought to use BST to teach three adult participants (research staff) to implement a video modeling intervention aimed at teaching social skills to adult consumers with autism spectrum disorder (ASD). After training, we sought to assess generalization to three untrained social skills: transitioning conversation, listening to conversation, and empathetic responses. The overall goal of the study was to extend the BST literature to training social skills interventions.

Methods: Three participants were taught to provide a video model to teach a confederate to engage in one social skill (i.e., approach and greet others). During baseline trials, participants were given access to written instructions before role-play with the confederate. During role-play, the confederate engaged in a variety of scripted correct and incorrect responses. During treatment, participants were given a video model with voice-over instruction.  The training video depicted how to teach social skills by introducing a video model in the presence of an error. The training video included written and auditory prompts that highlighted critical steps in the task analysis and where to input data collection.  After access to the training video, participants repeated role-play trials.  Following the role-play, feedback was provided to participants on steps completed correctly and incorrectly.  Generalization probes were conducted with an adult with ASD who was not associated with training.

Conclusions: Following BST, participants demonstrated correct use of a video model to teach a social skill. Participants generalized use of the video model to teach as many as three additional novel social skills. These data indicate the efficiency of BST by demonstrating spontaneous skill acquisition when only a subset of skills is directly trained, in this case one social skill. Furthermore, the use of a video reduces the amount of direct training time for staff trainers.  This study extends the BST literature in two ways. First, it uses BST to train staff to implement a social skills intervention. Second, in a separate study currently in progress, the same participants are training adult consumers with ASD to engage in the social skills described here. To our knowledge, this may be the first BST study to report effects on consumers’ behavior. 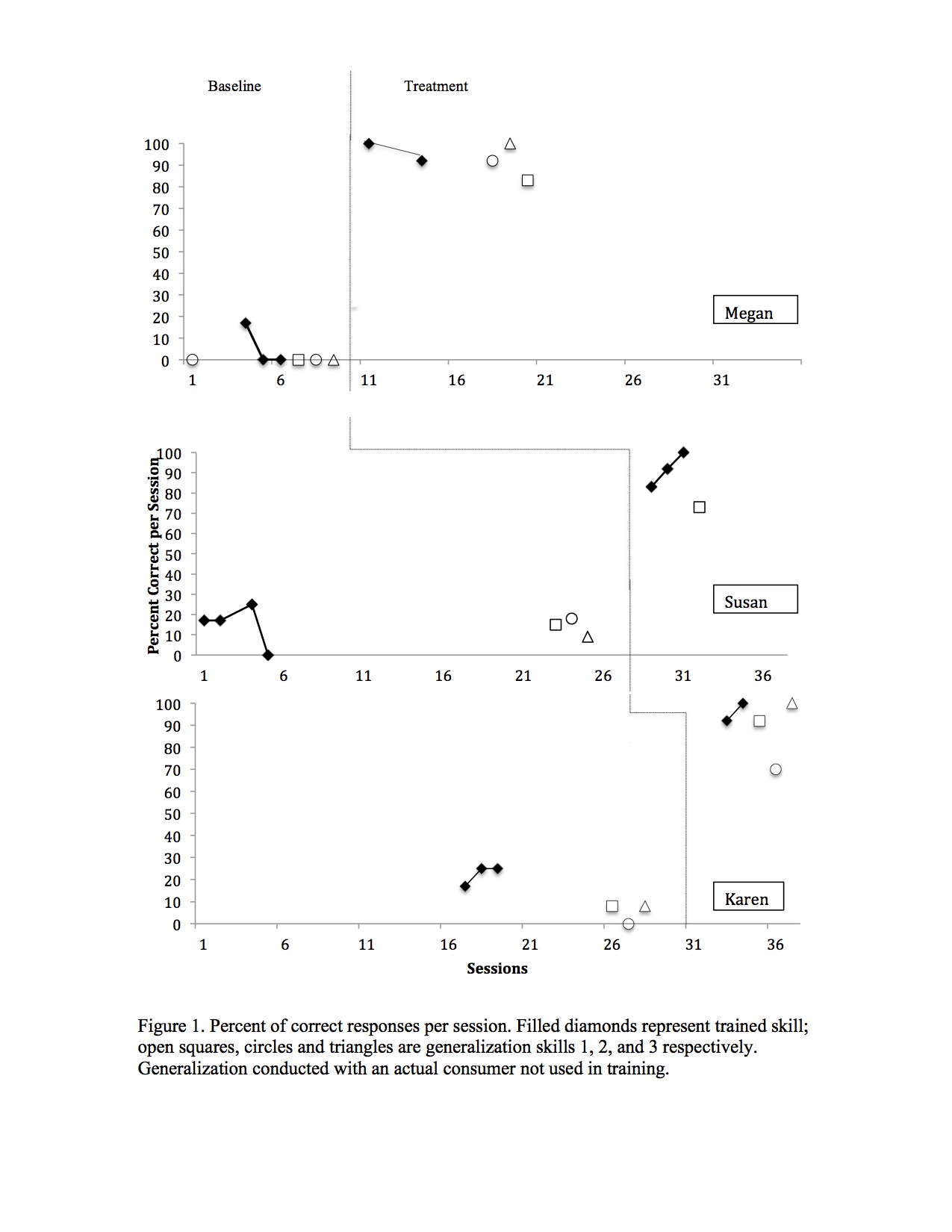