Abnormal face-processing is a pervasive deficit in individuals with ASD, which may be driven by amygdala dysfunction. Although the relationship between atypical functional and structural characteristics of the amygdala and abnormal face processing has been widely reported in ASD, the role of biochemical characteristics is largely unknown.  Both glutamatergic and GABAergic mechanisms are thought to underlie experience-dependent plasticity of neural circuits, including those involved in emotional face processing. However little is known about the role of GABA and Glutamate (Glu) in modulating the BOLD response to fearful-faces and objects in humans.

Investigate the relationship between GABA and Glu concentrations in the amygdala and BOLD response to fearful-faces and houses in a sample of children with ASD and other sensory difficulties.

T1-weighted 3DMPRAGE, fMRI, and magnetic resonance spectroscopic (MRS) data were acquired on a 3T Philips Achieva. Data were collected for 17 individuals and after quality control 14 were included in the analysis (mean age:10.4(1.64), IQ: 123.5(19.9)).

Analysis: FMRI analyses were conducted using FLAME. Concentrations of GABA and Glu were entered as covariates in the GLM to test the correlation between chemical concentration and activation to fearful-faces and houses. Data were corrected for multiple comparisons using cluster-thresholding set at z>2.3 (voxel height) and p<.05 (cluster extent), whole brain corrected.

Higher levels of Glu were associated with widespread increases in cortical activation to both fearful-faces and houses. Higher amygdala GABA levels were specifically associated with decreased activation to fearful-faces in emotional face-processing areas, and with decreased activation to houses in areas involved in object-processing and memory. This suggests that interactions between GABA and Glutamatergic mechanisms within the amygdala may underlie some of the emotional face-processing deficits experienced by individuals with ASD. 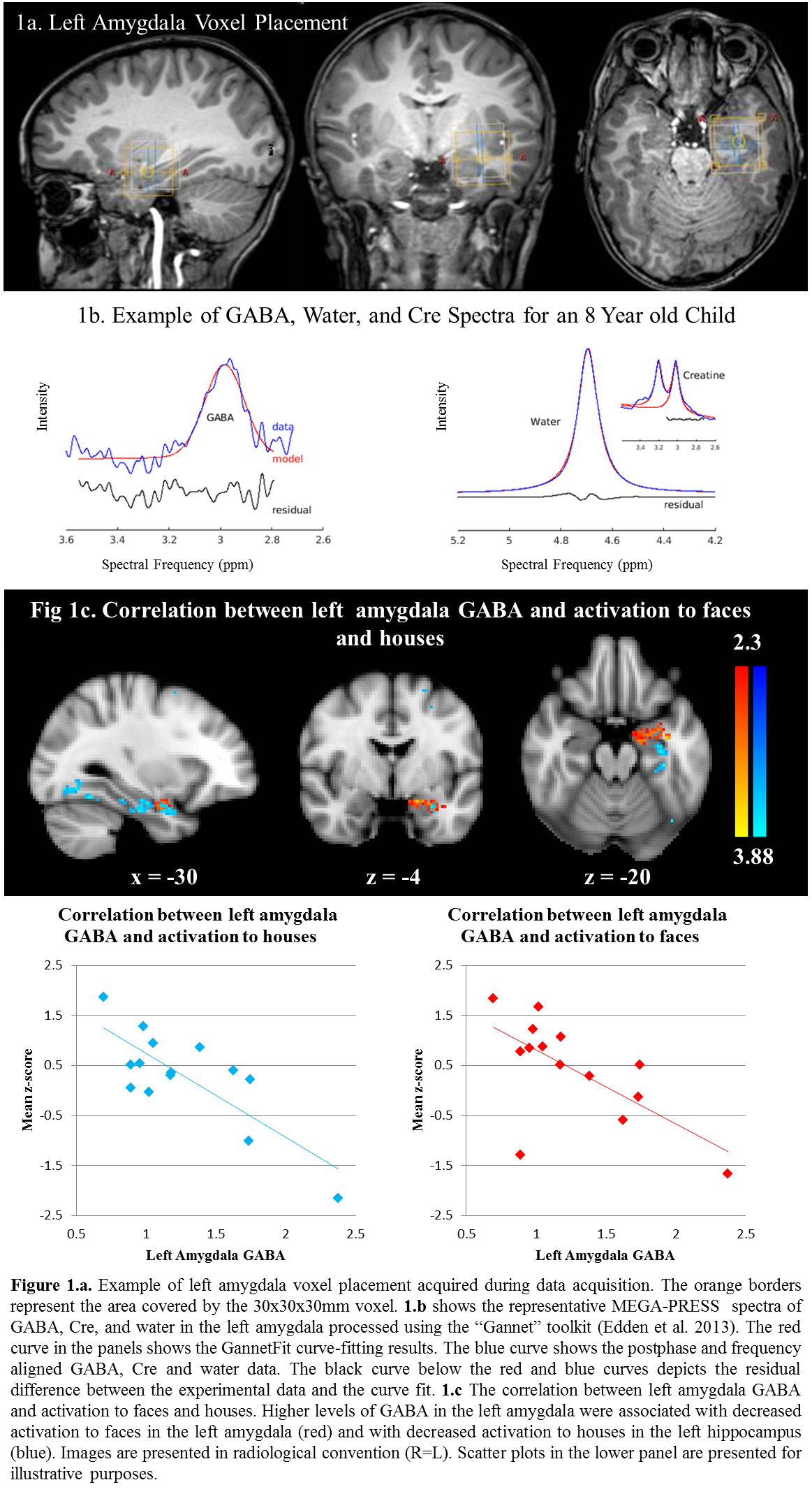