In postnatal day 60-70 wild type (WT) and KO mice (N=4-6/genotype), western blot analysis was performed to determine protein levels of norepinephrine transporter (NET) and tyrosine hydroxylase (TH). NET-containing fibers in BLA and PVN were assessed on tissue sections using immunohistochemistry. To measure stress response, animals were given 10 minutes of swim stress followed by PFA fixation via cardiac perfusion at 120 to 140 minutes. All perfusions occurred between 2:30 to 4:30 PM EST.

Our observations indicate that En2-KO mice are hyperinnervated by NE fibers in the PVN and BLA. Additionally, neural activity in the PVN is increased >2 fold under stress conditions, changes that parallel fiber innervation. Conversely, in the hippocampus, where NE levels and fibers are reduced (Genestine et al, 2015), there is a 50% decrease in c-Fos activity. Given that the amygdala plays a stimulatory role and the VH elicits inhibition in the PVN, the changes we detect in fiber patterns and neural activity would be predicted to exaggerate stress circuit activation and responses, which in turn likely contribute to the En2-KO deficits in social interactions, fear conditioning, and depression-related tasks. More generally, these studies of the En2-KO mouse model provide insights into neurobiological mechanisms by which common genetic variants associated with neurodevelopmental disorders alter the balance of neural pathways. Consequently, these structural and functional differences may increase subject vulnerability to other genetic and environmental factors in disease causation. 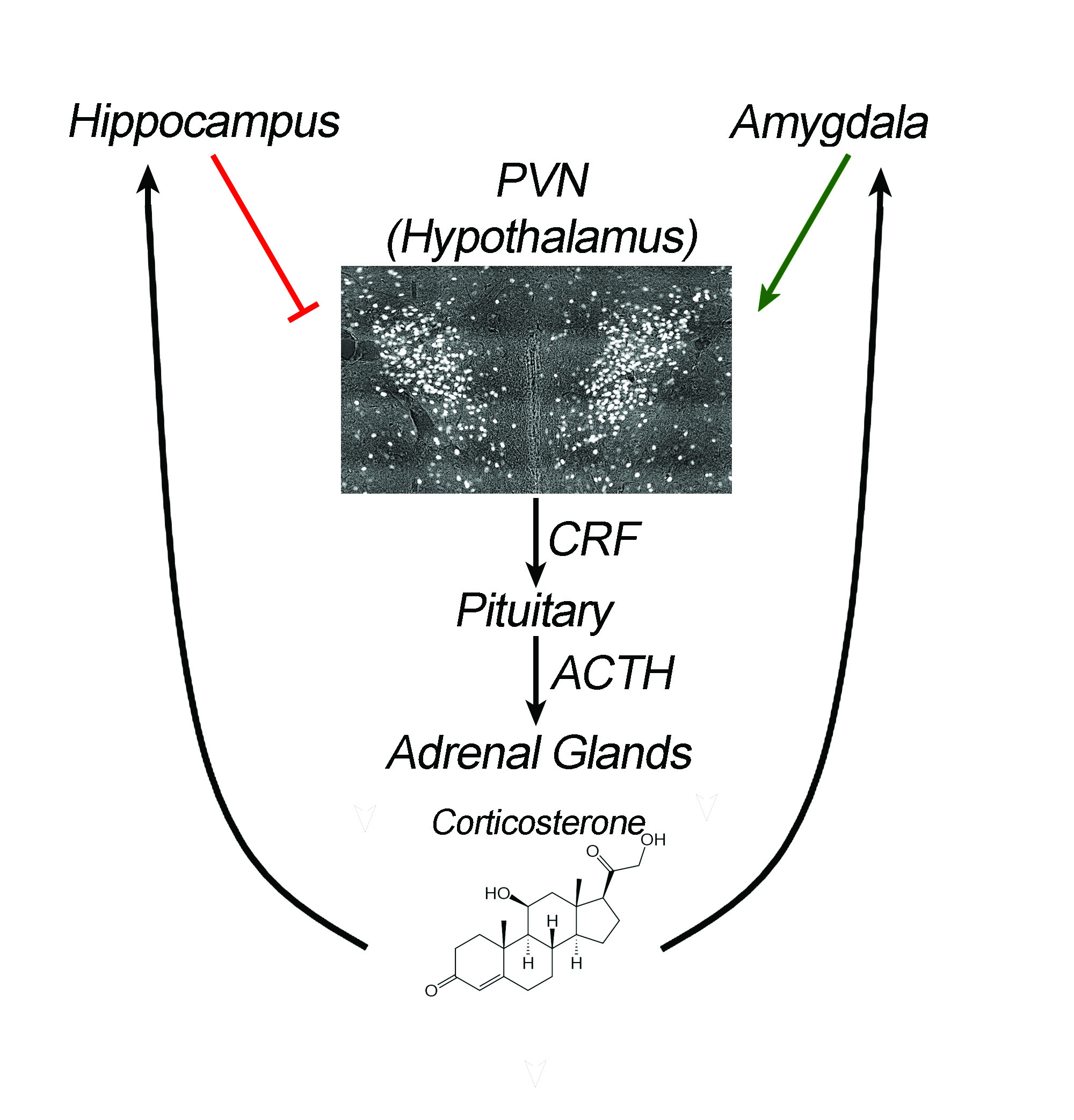