Objectives:  We aim to explore the contributions of social motivation, anxiety, and impulsivity to determine whether individual differences in these traits promote or inhibit social success among children with and without ASD.

Methods:  Data were obtained from two related studies spanning four research sites across the US, for a total sample of 160 children and adolescents (66 female; mean age=11.9 yrs, SD=2.7, range=8 to 18) with ASD (n=87) or typical development (TD; n=73). All children were verbally fluent, at or above average IQ levels, and all ASD children met clinical cut-offs on ADOS-2, ADI-R, and DSM-5 criteria.  Social motivation was assessed via parent report on the SRS Social Motivation subscale. Social skill was measured via the Vineland Socialization domain. CBCL subscale T-scores were used as measures of parent-reported impulsivity and anxiety.

Conclusions:  Our results suggest that social motivation facilitates social skills, but also indicate a role for behavioral impulsivity. This relationship was most apparent for children with ASD, highlighting an additional target for interventions aiming to improve social functioning. Notably, anxiety did not appear to contribute to social skills for children with ASD. Neither anxiety nor impulsivity contributed to social skill for typically developing children, suggesting that additional factors not included in our analyses may be important for understanding social functioning more broadly. Findings underscore the complexity of behavioral factors promoting social success and engagement during childhood. 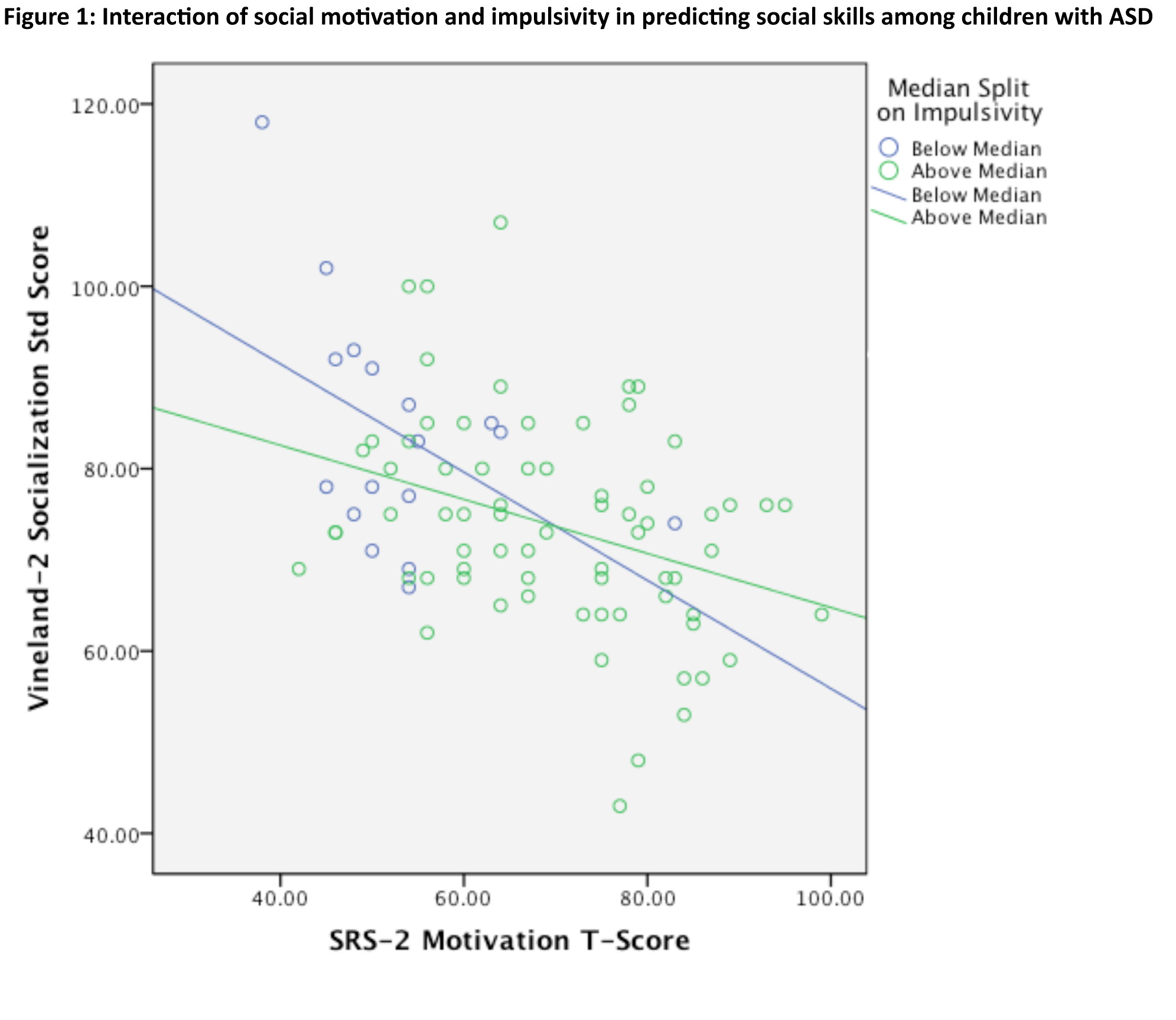