There is a growing empirical support for performance-based approaches in SSI that provide enriched, in vivo social learning and practice opportunities without explicit instruction (Lerner et al., 2011; Lerner & White, 2015). It is unknown, however, which (if any) explicit social cognitive processes may be affected directly by these interventions – that is, can explicit social understanding be learned via non-didactic, performance-based approaches?

This study examined the impact of a non-didactic SSI on social cognition processes not explicitly taught. We hypothesized that participating in a performance-based intervention would yield improvements in ToM, emotion recognition, and social knowledge.

As measured by parent-reported, self-reported, and behavioral indexes, we found relations among social knowledge, ToM, and facial emotion recognition in children with ASD. More importantly, we found that participating in an SSI that does not teach via didactic instruction led to improvements in ToM, identification of emotion in faces, and explicit social knowledge. Our results suggest that even with minimal didactic instruction or instrumental reinforcement of target skills (e.g., explicit training and feedback on face-emotion recognition or ToM activities), these social cognitive skills can be implicitly and experientially acquired in children with ASD via engaging in targeted activities. This provides additional support for intact implicit learning in ASD (Foti et al., 2014), and for social performance-based approaches to SSI that provide an enriched environment for children with ASD. 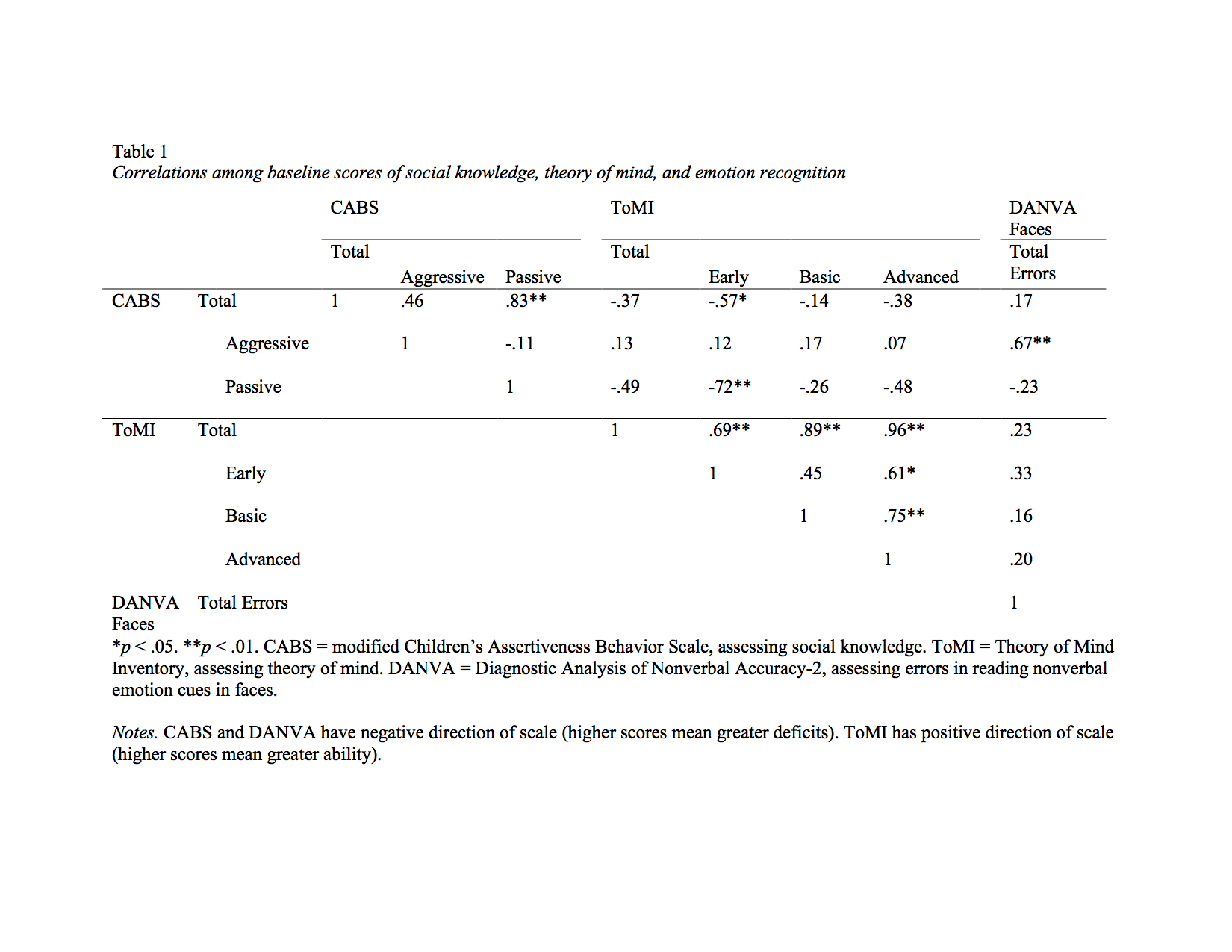