Objectives: We build a working model of the associations among EF, ToM and symptoms of ASD and ADHD in adolescents with ASD.

Conclusions: ADHD symptoms in individuals with ASD are specifically associated with EF deficits.  This is consistent with the finding of EF deficits in those with ADHD alone. Our findings would benefit from replication in samples of individuals with pure ASD, ADHD and combined ASD-ADHD profiles to better understand whether this represents a shared underlying factor for observed co-occurrence. 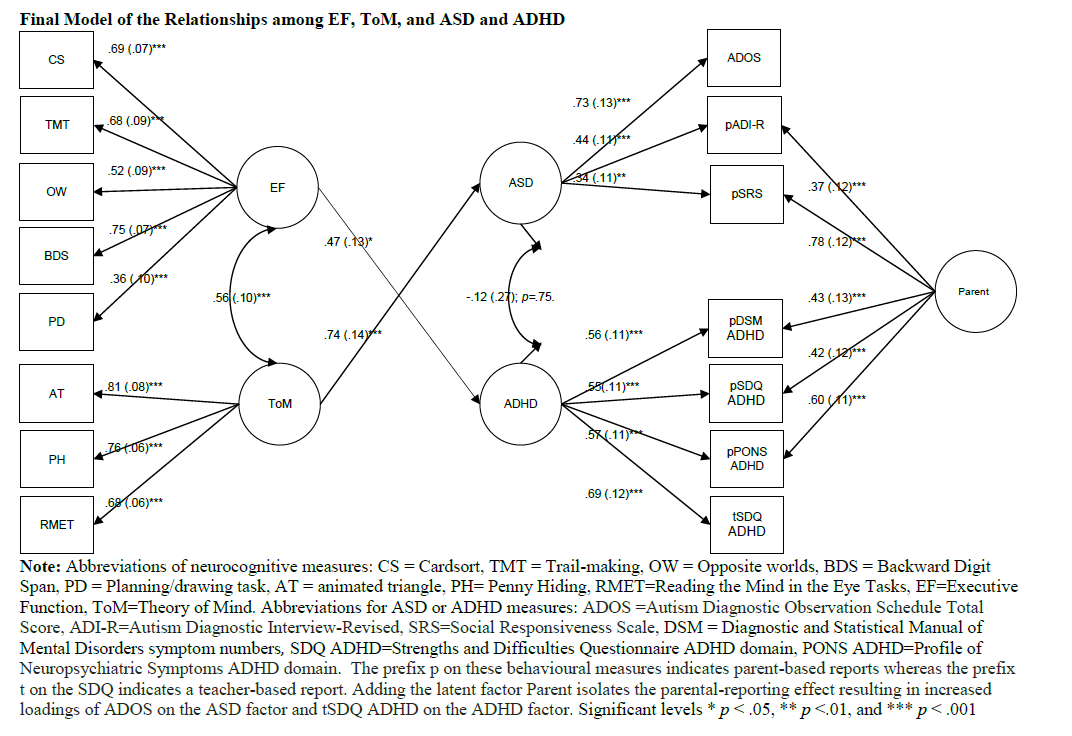