Contrary to earlier findings, children with ASD participated in several different types of social interactions with their caregivers for about two-thirds of the play session, with considerable amounts of time spent in JA, LSJE, and HSJE. All three types of interactions were also observed in the TD group, although as expected the duration of JA episodes was longer, and LSJE episodes, shorter. These findings warrant further investigation into the predictive value of each interaction type for later development, as well as the more detailed examinations of the nature of the children’s and caregivers' activities. 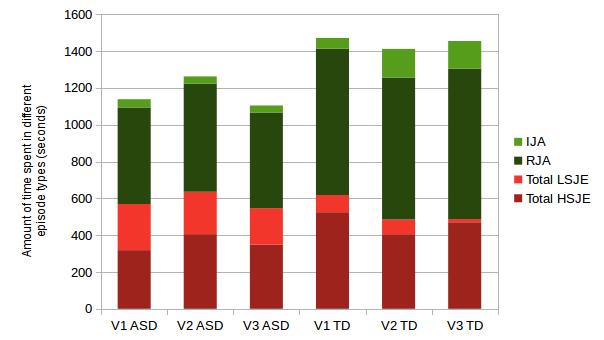