Atypical neural connectivity has been proposed to be a potential hallmark of autism, with hypotheses including decreased fronto-posterior and enhanced parietal-occipital connectivity, reduced long-range and increased short-range connectivity, and temporal binding deficits. However, empirical findings vary substantially depending on the aspects of connectivity examined, the developmental stage of the individual, the spatial and temporal scales, task versus no-task conditions, how motion artefacts are handled, and the specific neural systems under consideration.

Resting-state EEG data (4-minute with 1-minute alternating eyes-closed, eyes-open) were recorded from 14 adults with autism and 34 neurotypical controls matched for age and IQ. We used data-driven graph theory methods to study FC during the eyes-closed condition of these data. Functional connectivity was estimated using envelope correlations that are more robust against the problem of volume conduction in EEG. In contrast to fMRI, EEG data arguably suffer less from head-motion artefacts and provide a much higher temporal resolution to study network dynamics.

The results reveal no clear whole-brain connectivity pattern associated with autism. There are numerous local differences between the neurotypical and autism groups. Most prominently there was a slight but robust increase in functional connectivity between occipital and frontal regions in ASC in the gamma frequency range. Gamma osciliations have previously been associated with a possible excitation-inhibition balance in visual cortex and it is possible the present hyperconnectivity during resting state conditions is the result of a similar excitation-inhibition imbalance. 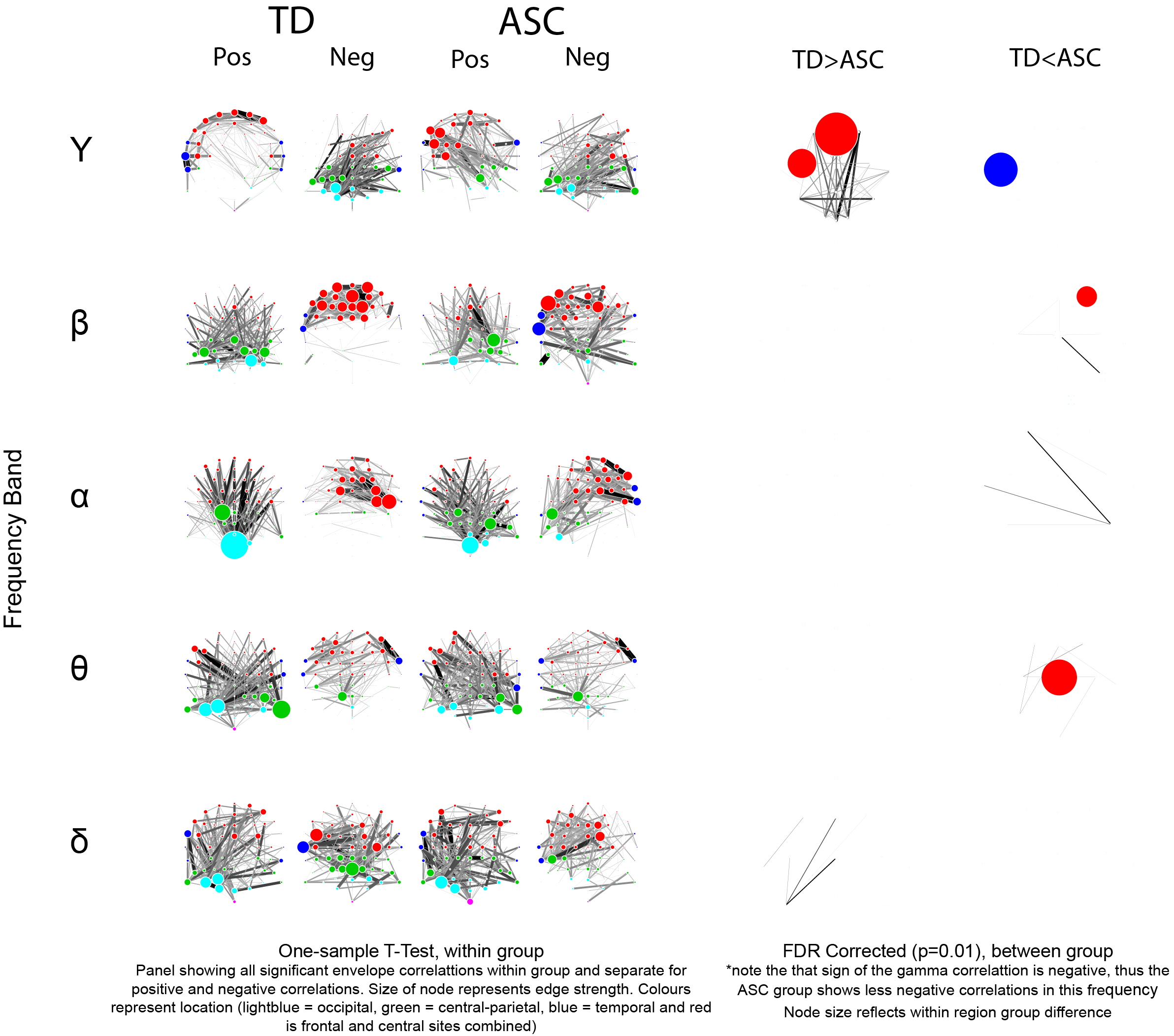