22002
Social Attention in ASD: A Review and Meta-Analysis of Eye-Tracking Studies

I conducted a meta-analysis examining data from 38 papers that used eye-tracking methods to compare individuals with ASD and TD controls. The goal for this meta-analysis was to search for quantitative answers to the following two questions: 1) Do individuals with ASD show overall diminished social attention? and 2) What are the factors that affect how they distribute their attention between social and non-social stimuli?

In my presentation, I will also show results from a more extensive meta-analysis project (which is currently in progress) investigating the visual processing of social stimuli and how ASD and TD controls distribute their attention differently towards the eyes, mouth, body and people’s actions.

In the meta-analyses mentioned above, I combined data from eye-tracking studies to calculate the overall effect size of the difference in social attention between individuals with ASD and TD controls. I also examined through linear meta-regression models the impact of eight factors on the difference in social attention between these two groups: age, non-verbal IQ matching, verbal IQ matching, motion, social content, ecological validity, audio input and attention bids.

Results show that individuals with ASD spend less time attending to social stimuli than typically developing (TD) controls, with a mean effect size of 0.55. Also, social attention in ASD was most impacted when stimuli had a high social content (showed more than one person). 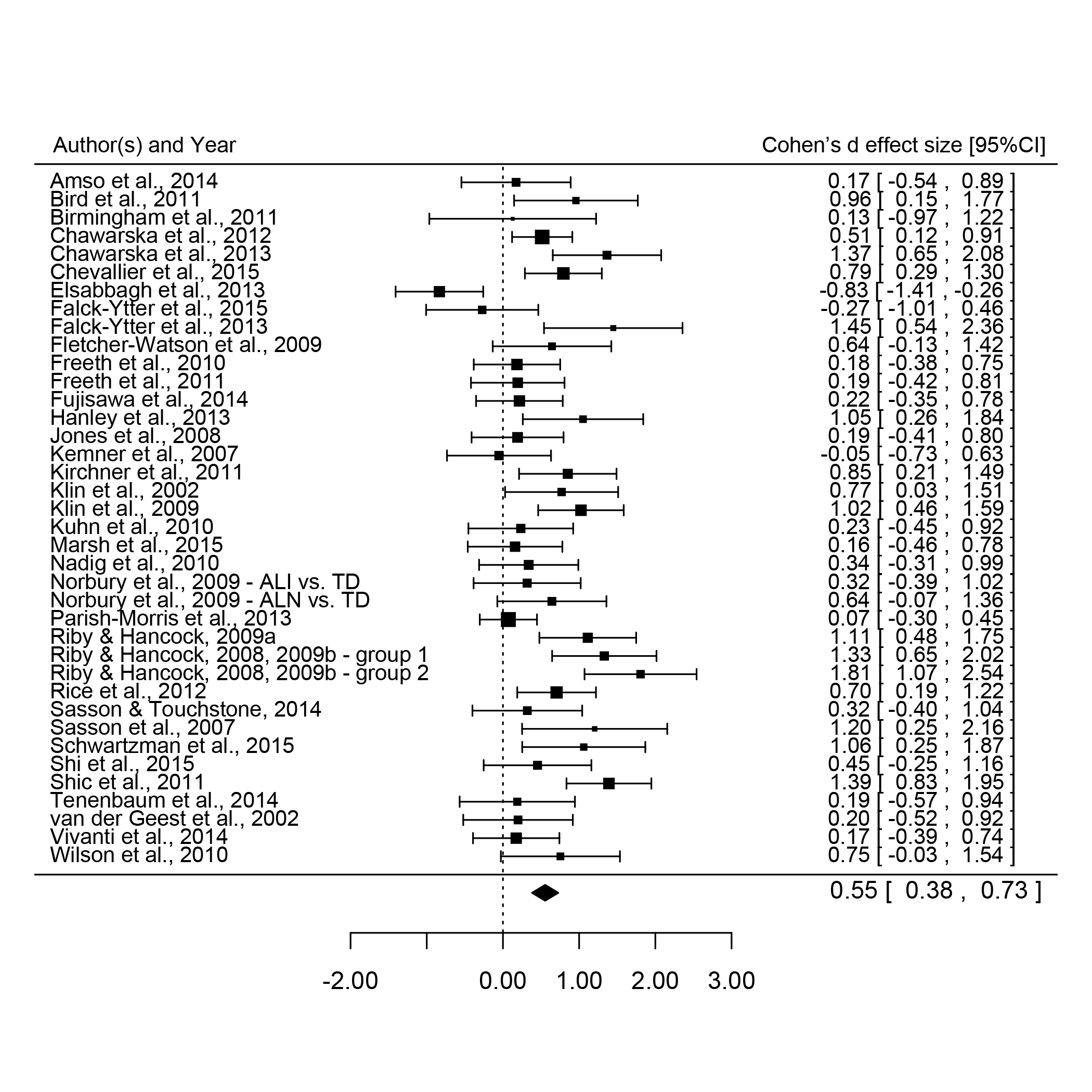