22003
The Stare-in-the-Crowd Effect: How We Notice When Others Look at Us and How This Is Affected By Psychopathology

Humans are particularly adept at detecting if someone is looking at them in a crowd of other faces. This “stare-in-the-crowd effect” is implicated in numerous moment-to-moment interactions yet relatively little is known about its characteristics. Properly detecting and reacting to gaze informs social interactions; deficits in this perceptual system cause an individual to miss out on large amounts of social information and is a core deficit observed in ASD. A newly validated paradigm was used to study stable gaze detection as well as dynamic (e.g. catching another person staring and getting caught staring) to capture these deficits.

Change scores for IA Dwell time, IA Fixation count, IA Second Fixation Duration, Pupil Size, and RMSSD were calculated relative to stable and dynamic conditions (e.g. How many more IA fixations did a person make in the Catching another staring and getting caught staring conditions versus the Stable Averted and stable Mutual conditions?) and relative to amount of self-directed gaze conditions (e.g. What was the difference in RMSSD between the Stable Averted and Catching another staring conditions versus Stable Mutual and Getting caught staring conditions?). Regressions using the SRS and LSAS to predict psychophysiological outcomes were not significant. Advanced theory of mind as measured on the ToMI significantly predicted IA Fixation Count, IA Dwell Time, and RMSSD.

The pattern of differences in eye tracking outcomes confirms that individuals with ASD are impacted by the stare-in-the-crowd effect but to a lesser extent than typically-developing individuals. Advanced theory of mind is significantly associated with gaze behavior. Both group comparisons and dimensional analyses highlight targets for intervention. 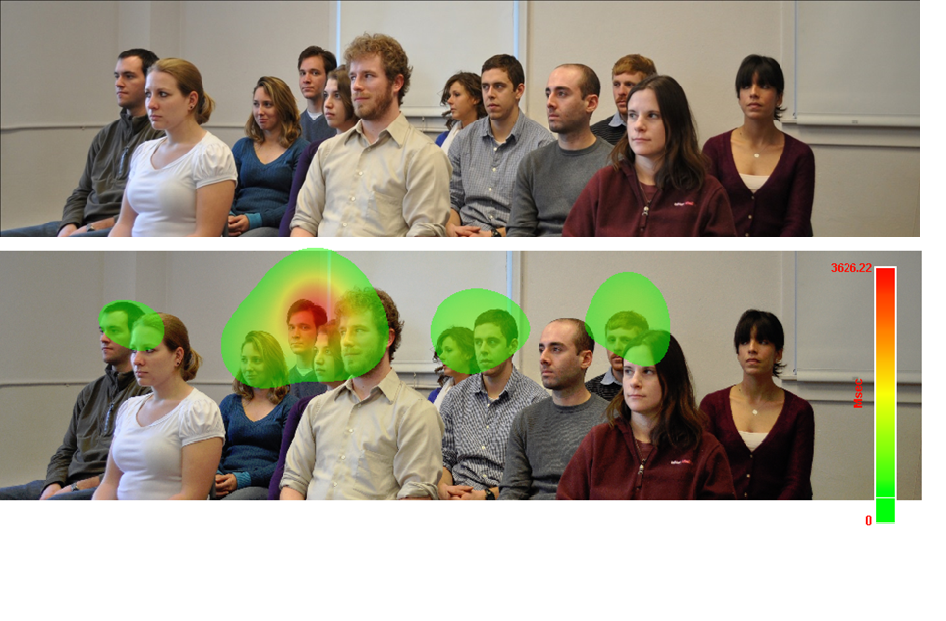