Cohorts: Children were classified as high risk (HR) if they had a sibling with ASD, or low risk (LR) if they had at least one sibling without ASD and no 1st or 2nddegree relatives with ASD. Groups were assigned by research clinical best estimate using the DSM-IV-TR checklist at 24mo (HR+/HR-/LR-: n=22/59/13).

fcMRI data: For each child, fcMRI data were processed using state-of-the-art protocols, including motion scrubbing at a conservative FD level of 0.2 mm. Analyses utilized 150 frames of clean fcMRI data from each subject. Time traces from 230 functionally-defined regions of interest (ROI) throughout the cerebrum and cerebellum were correlated to yield fc values, and grouped into each of 17 putative functional networks, identified using the Infomap community detection algorithm (Figure 1a).

Restricted behavior data: The RBS-R is a behavioral assessment composed of 43 parent/caregiver-rated items that rates the level of stereotypical, self-injurious, compulsive, sameness, ritualistic and restricted behavior of the subject (Figure 1b). These analyses focus on the restricted subscale.

Brain-behavior analysis: Enrichment analyses were used to determine which functional brain networks are most associated with restricted behaviors. Each ROI-pair fc value was correlated (Spearman) across subjects with the RBS-R restricted subscale scores. These correlation values were then thresholded at an uncorrected p-value of 0.05. Two complementary metrics (a χ2and a hypergeometric test) were used to determine if the number of strong brain-behavior correlations within each network-pair of the matrix was greater than the number expected by chance. Empirical significance levels were determined using randomization. An experiment-wide false-positive rejection rate of 5% was used. 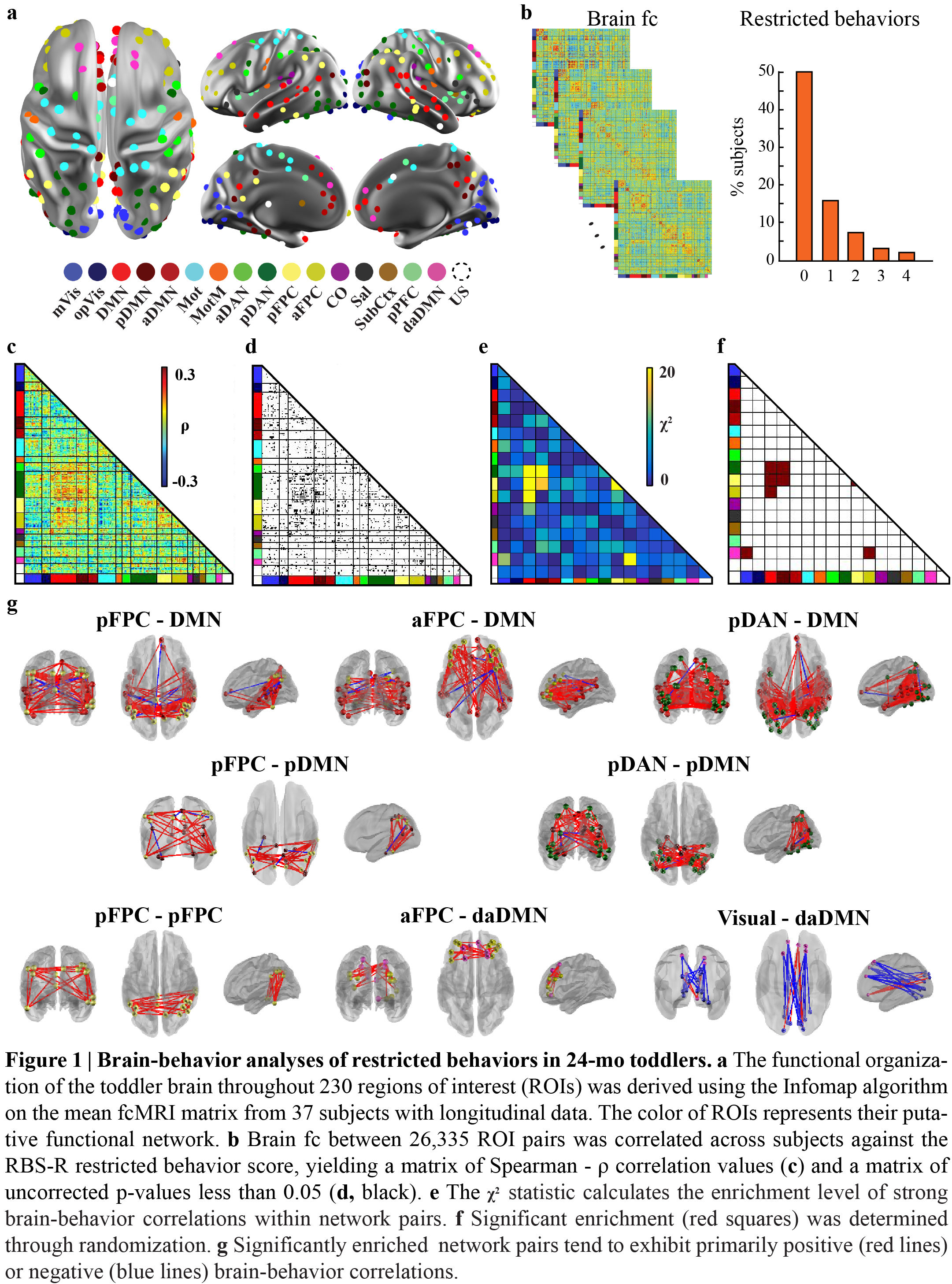