Objectives: This study aimed to develop a greater understanding of how social factors may contribute to decreased ADL skills in children with ASD.  Therefore, the purpose of this study was to test our hypothesis that ToM abilities would moderate the association between children’s status and their ADL skills. 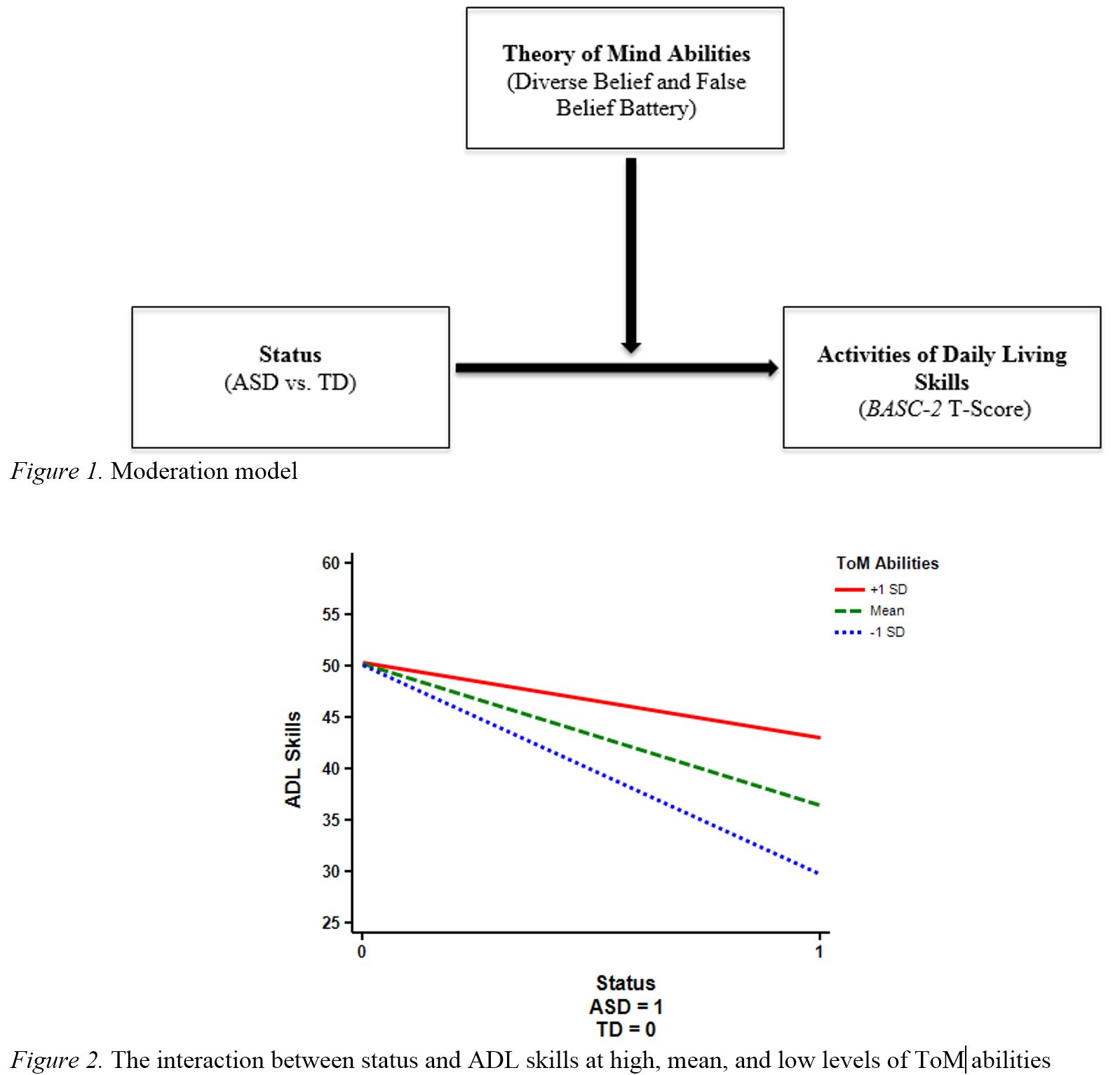