Results: No significant age differences were observed between the two groups (p=0.67). MWF was found to be significantly (p<0.05, FDR corrected) reduced in the genu of the corpus callosum in the ASD group compared to the TD group (Fig. 1A). R2 was also observed to be reduced in smaller clusters near the thalamus and pontine crossing tract of the brain stem (Fig. 1B). R1 was not observed to significantly differ between the groups.

Conclusions:  Our preliminary findings suggest that, within this small sample, the ASD group has reduced MWF in genu of the corpus callosum, compared to the TD group, while also having reduced R2 near the thalamus and brain stem. These findings agree well with the current literature that describes alterations of white matter microstructure associated with ASD while also suggesting the possibility of that these white matter alterations may result from atypical myelin content. While these findings are promising, it is important to note that the small sample size of the current study limits our ability to interpret these findings. Future analyses will extend these characteristics in a larger sample of individuals. 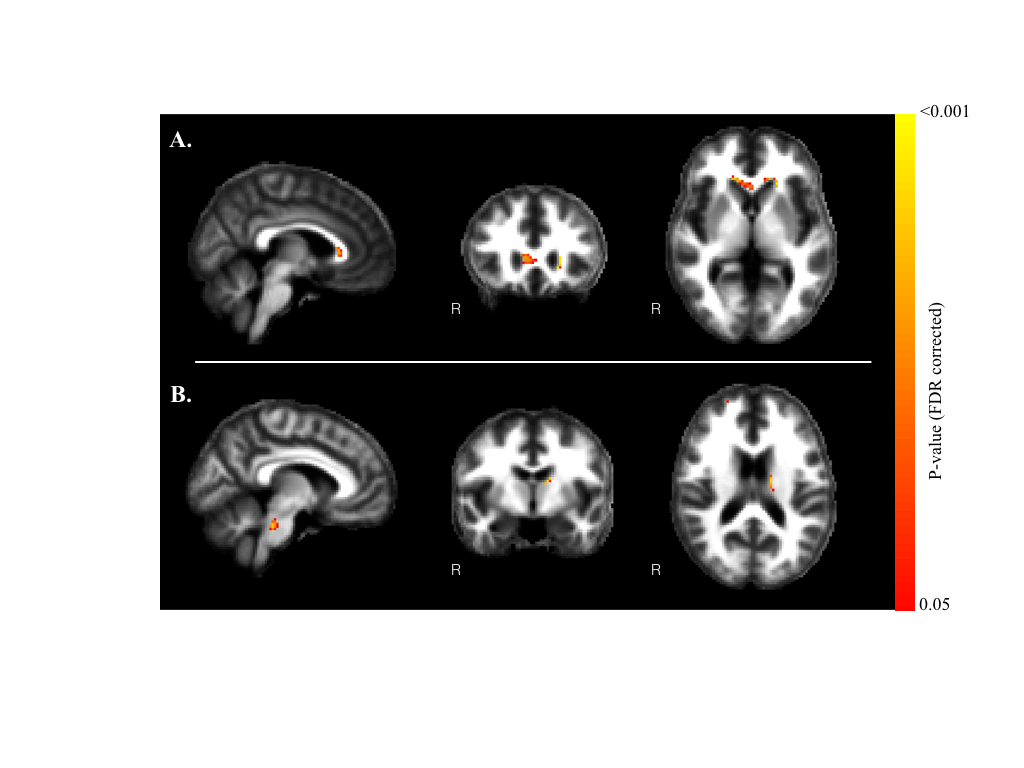