Objectives: The objective of this study is to use a voxel-based, longitudinal approach to examine the white matter tracts in the brain that are related to processing speed in individuals with autism and individuals with typical development.

Results: In both the ASD and typically developing groups, the results suggested that processing speed was significantly related with a number of white matter areas, including the bilateral posterior medial parietal cortex, the tip of the anterior genu/cingulate, left temporal parietal junction, and the right prefrontal white matter (p< .05, FDR corrected). However, a group x processing speed interaction demonstrated that the group with ASD had weaker correlations between these areas and processing speed than the group with typical development (See Figure 1, p< .05, FDR corrected). 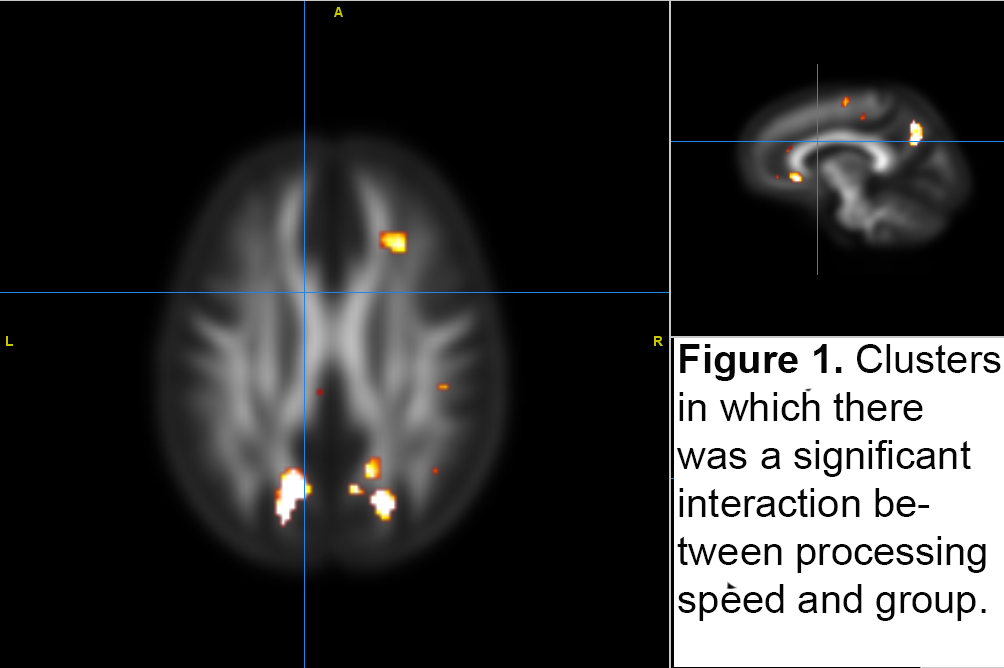