Methods: MRI Acquisition: Participants for this study consisted of 100 males with ASD and 57 age-matched males with typical development (TD) between 3 and 39 years of age. A total of 434 (287 ASD, 147 TD) longitudinal DTI datasets were acquired. Images were corrected for distortion and head motion and maps of fractional anisotropy (FA), mean diffusivity (MD), and radial diffusivity (RD) were calculated. Images were subsequently aligned to a population-specific template using DTI-TK. Analysis: Developmental changes of diffusion parameters (i.e. FA, MD, RD) of the brain were modeled using a semi-parametric approach with penalized smoothing splines. This modeling was performed at the voxel-scale, creating statistical maps of developmental changes across the brain. Results were subsequently corrected for multiple comparisons using the false discovery rate.

Conclusions: Longitudinal studies have traditionally focused on examining developmental differences within predefined brain regions. However, this has the potential of masking subtle changes within a particular brain region. By utilizing a voxel-wise mixed-effect modeling approach, our findings reveal the developmental trajectory of white matter to differ between ASD and TD across much of the brain. While these findings agree with the literature of white matter microstructure alterations in ASD, they also raise questions about the behavioral processes involved with these alterations as well as the specific neurobiological mechanisms underlying these changes. 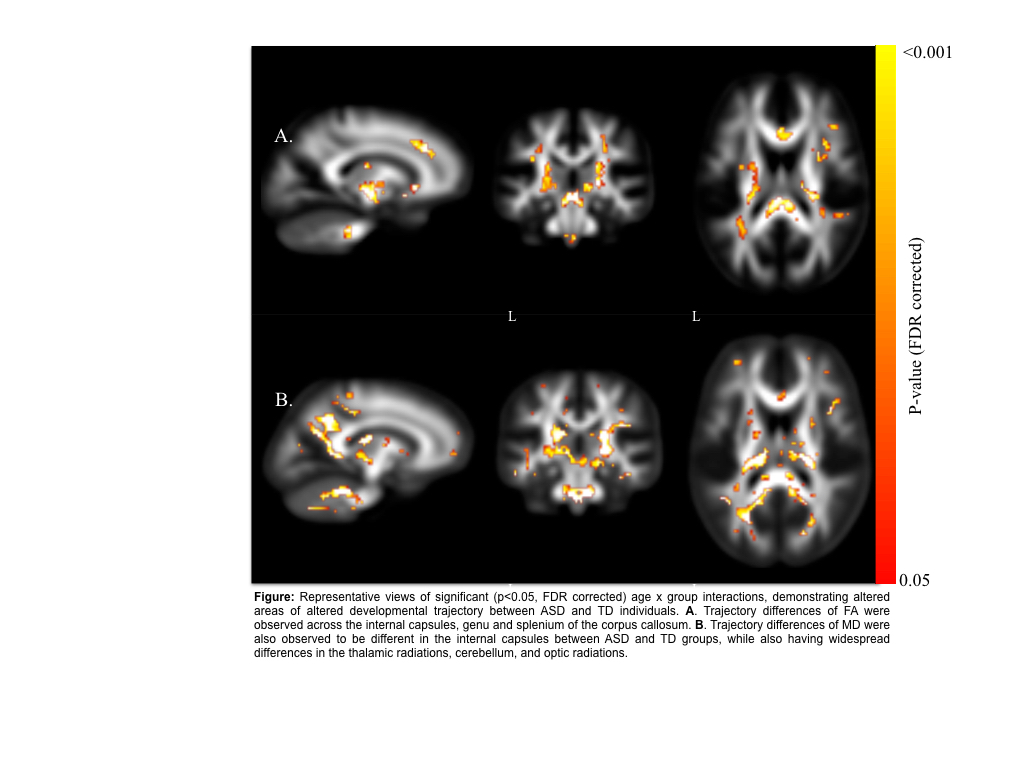