The purpose of this study was to examine how child behaviors influence stress in parents of children with ASD and to determine if there are differences among parent and teacher reports.

Our results suggest greater parenting stress in parents of children with ASD occurs through a serial mediated pathway such that higher parent-reported externalizing behaviors predicted lower parent-reported adaptive functioning which predicted increased parental stress. However, when using teacher-reported externalizing behaviors and adaptive functioning, this association was no longer significant. Future research should explore if the differences in parent and teacher report of child behaviors indicate a true difference between parental and teacher perceptions of behaviors and how these perceptions may perpetuate or alleviate parent stress. 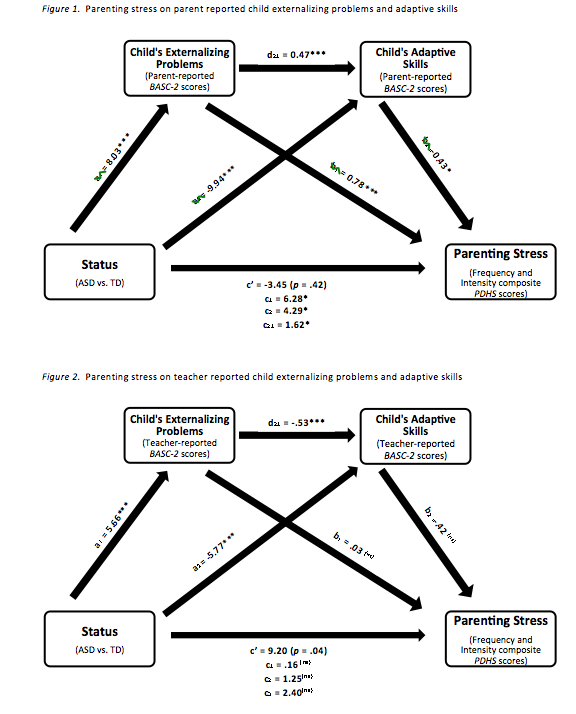