22171
Is Intraventricular Hemorrhage Associated with Autism?

Objectives:  To determine whether children whose neonatal course is complicated by IVH are more likely to develop autism, and whether the relationship is influenced by prematurity or gender.

Methods:  This retrospective cohort study includes births drawn from the Office of Statewide Health Planning and Development PDD-Birth files from 01/01/1991-12/31/2008 that survived their first year of life. Children diagnosed with autism between 1991 and 2012 by the California Department of Developmental Services (DDS) were identified (n=42,423). The remainder of the birth cohort served as controls (n= 8,909,340). ICD-9-CM codes for IVH were identified with grade sub-categories available from 2001. A step-wise linear regression evaluated the relationship between IVH and autism, controlling for maternal age, race/ethnicity, delivery payer and birth year. Preeclampsia and birth mode did not alter the relationship.

Conclusions:  The 3-fold increased autism risk in children whose neonatal course was complicated by IVH is concerning, as are the paradoxical findings of increased autism risk in IVH-affected girls and infants born later in gestation. IVH screening in infants born <30 weeks and in others with elevated risk improves early therapeutic potential. Our results underscore the importance of ASD screening in children with IVH and present considerable opportunity for interventions aimed at maximizing neurocognitive development and functional attainment. 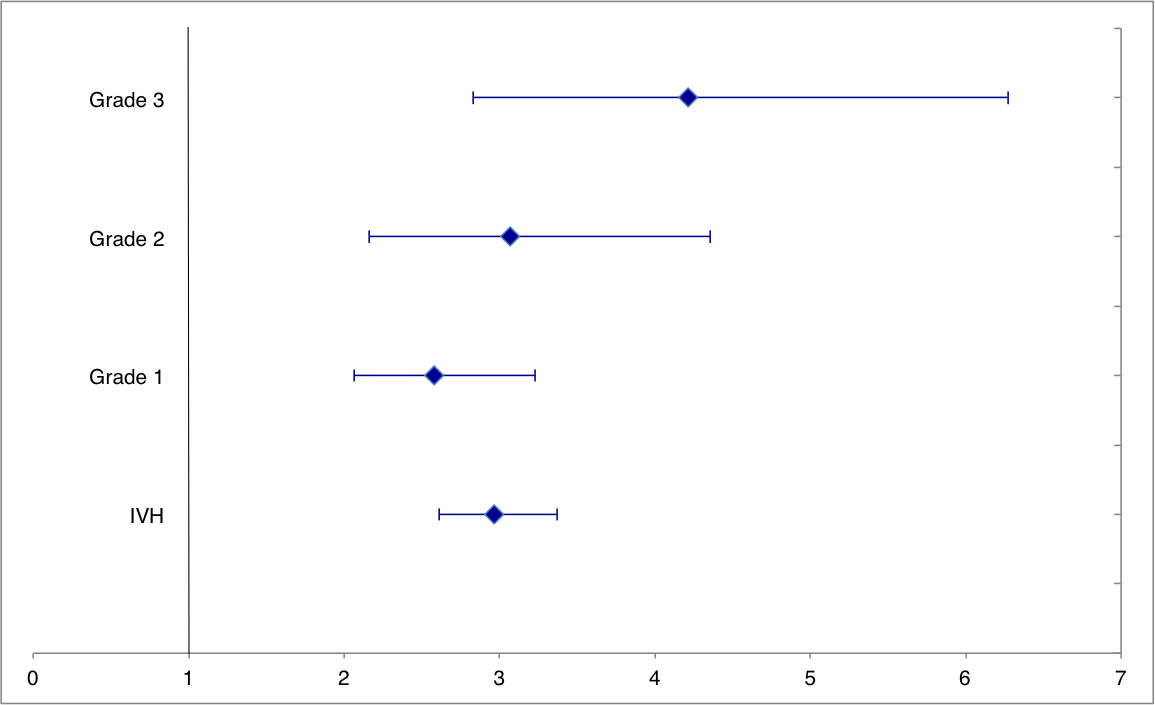