Objectives:  We aimed to evaluate the extent to which the developmental trajectory of EEG gamma power in infants who go on to meet criteria for ASD differs from the trajectory of those that do not.

Methods:   We collected serial high-density baseline EEGs on infants 3-36 months of age.  At 36 months, diagnosis of ASD was determined via ADOS and confirmed by clinical impression. We calculated frontal gamma power in EEGs from 3 groups of subjects: Low risk controls who do not develop ASD ((LRC-, n=80); high risk subjects who do not develop ASD (HRA-, n=64); and high risk subjects who do develop ASD (HRA+, n=23).  We used multilevel modeling to assess change over time in frontal gamma power for subjects in each of the 3 groups.  We then calculated the sensitivity and specificity of an upgoing trajectory of gamma power in predicting ASD.

Results:   High risk infants who subsequently developed ASD (HRA+) showed an altered trajectory of frontal gamma power during the first 36 months of life, compared to HRA- (p<.05) and LRC- (p<.05) infants.  An upgoing trajectory of gamma power between 3 and 36 months is 70% sensitive and 72% specific for a diagnosis of ASD.

Conclusions:   The developmental trajectory of frontal gamma power tends to be more positive in infants who later develop ASD.  Further research is necessary to better understand the mechanism underlying this finding, and to develop clinically applicable tests and treatments that offer utility prior to the onset of definitive behavioral manifestations of ASD. 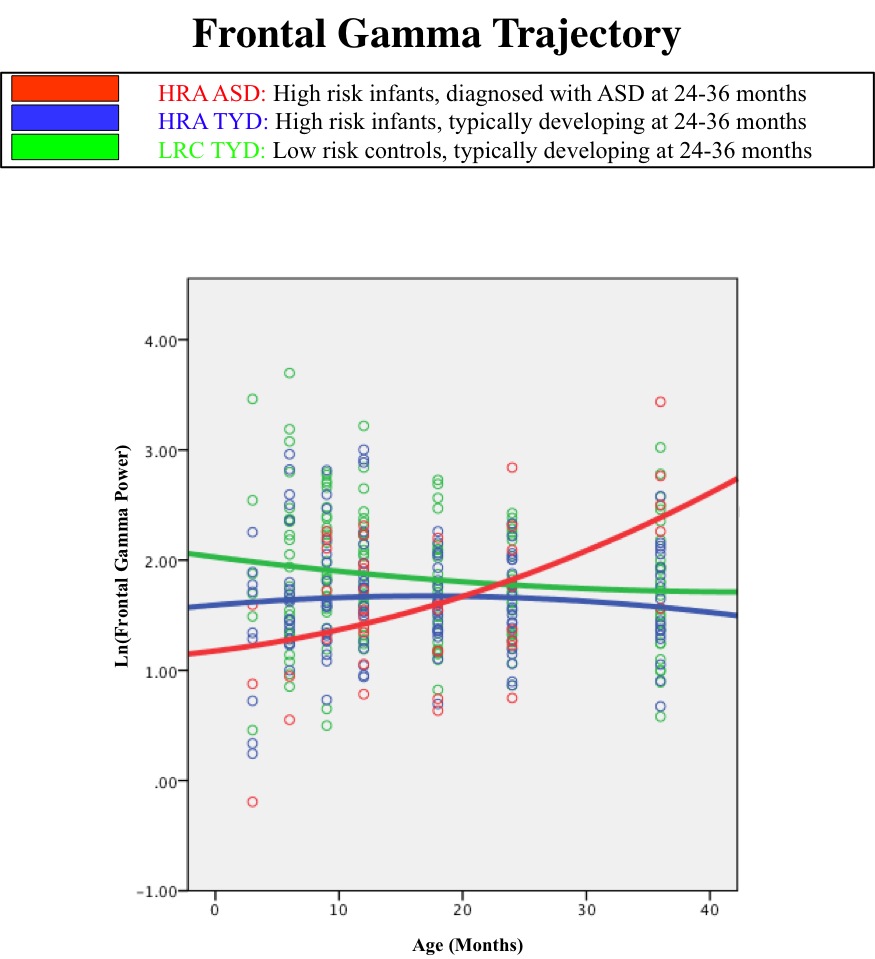