Hall A (Baltimore Convention Center)
R. D. Sifre, W. Jones, A. Klin and S. Shultz, Department of Pediatrics, Emory University School of Medicine, Marcus Autism Center, Children's Healthcare of Atlanta, Atlanta, GA
Background: Preferential orienting to biological motion, a skill thought to be critical for early social development, is disrupted in 24-month-old toddlers with autism (Klin et al., 2009). Instead of orienting to biological motion, toddlers with ASD attend to audio-visual synchrony (AVS), suggesting that their attention is guided by physical rather than social contingencies. Despite this apparent dichotomy, it should be noted that while AVS is indeed characterized by physical contingencies (the simultaneous presentation of light and sound), high AVS signals can also contain critical social information, as in the case of speech or co-speech gestures. This raises important questions about the adaptive value of orienting to AVS in typical development, and whether attention to AVS observed in ASD is driven primarily by preferences for physical or socially-meaningful contingencies.

Objectives: Investigate whether toddlers with and without ASD attend differently to high-AVS signals generated by socially-meaningful versus physical contingencies.

Conclusions: While TD toddlers differentially orient to socially-meaningful and physical AVS, ASD toddlers’ attention is indiscriminately biased by these two synchrony types. These findings support and expand on findings that ASD toddlers’ preferentially attend to physical rather than social contingencies, while highlighting the important role that orienting to socially-meaningful AVS may play in typical development. 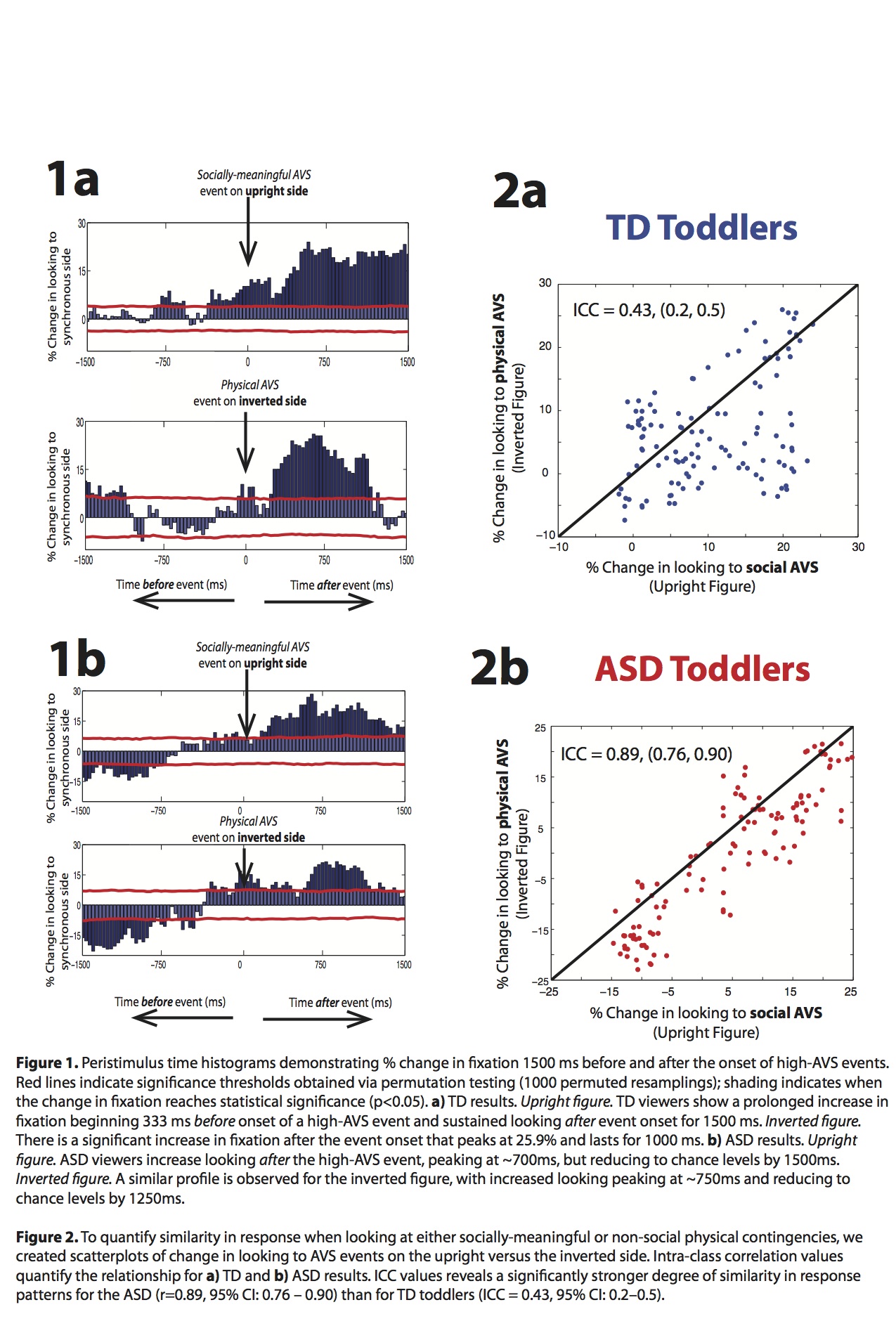