22406
Evaluating the Role of Social Approach Behaviors in Language Development

Thirty-nine children, 3-5 years of age, with ASD who particpated in a completed multisite study comparing pre-school programs were included in the study. The current study utilized ADOS, PLS4 and MSEL assessments, administered at both the beginning and end of the academic year.

A social approach (SA) coding scheme was devised that used frequency counts of seven social behaviors (gaze to a person, smiling, showing, pointing, giving, vocalizations and laughing) emitted during an ADOS. These behaviors were coded as being either initiated by the child or occurring in response to the parent or examiner. No distinction was made on the basis of the function of the behavior. Composite scores of social initiations and responses were used to evaluate the role of these behaviors in both concurrent language abilities as well as language development over the course of an academic year

The SA coding scheme provides an alternative way to quantify behaviors on the ADOS that may be used in treatment development and assessment. Given the relationship between SA rates and language development, using this coding scheme may provide a way to determine those individual behaviors that lead children to differentially respond to various interventions. Continuing with this line of research will help parents/professionals determine which types of intervention are most beneficial to children based on various pretreatment behavioral profiles. 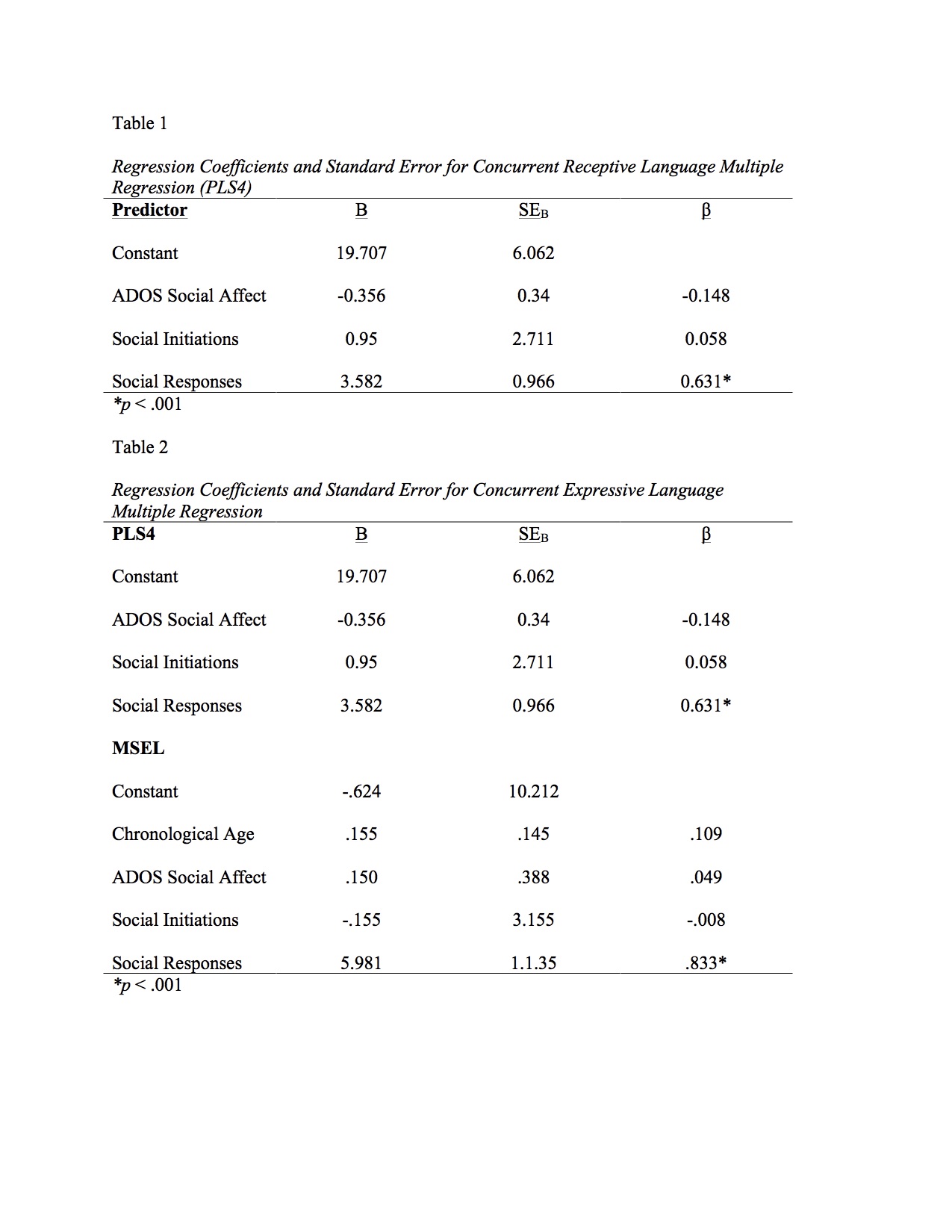