Past research on attentional preferential attention to faces (face-bias) in individuals with and without autism spectrum disorder (ASD) shows conflicting results, depending on how long stimuli are presented (the stimulus onset asynchrony (SOA)), and what types of distractor stimuli are used (Bar-Heim et al., 2006; Moore et al., 2012). Inverted faces and face-like objects such as cars are often used as “control” distractor images but there are important perceptual differences between these stimuli that might account for discrepancies in study results (Hadjikhani et al., 2009; Haxby et al., 1999). Finally, as ASD individuals process social stimuli more slowly than individuals without ASD (Dawson et al., 2005), examining face-bias at different SOAs could reveal temporal factors influencing attention to faces in this group.

This study examined preferential attention to faces in a sub-clinical sample of students with different levels of autistic traits using a dot-probe paradigm with four distinct SOAs and two types of distractor stimuli.

These results suggest that individuals who are high in autistic traits show a different temporal pattern of attention to faces depending on what kind of competing stimulus is present, with a trend over time of increasing face-bias for inverted face distractors and decreasing face-bias for car distractors. These results highlight the importance of examining temporal and contextual factors in face-bias studies when drawing conclusions. 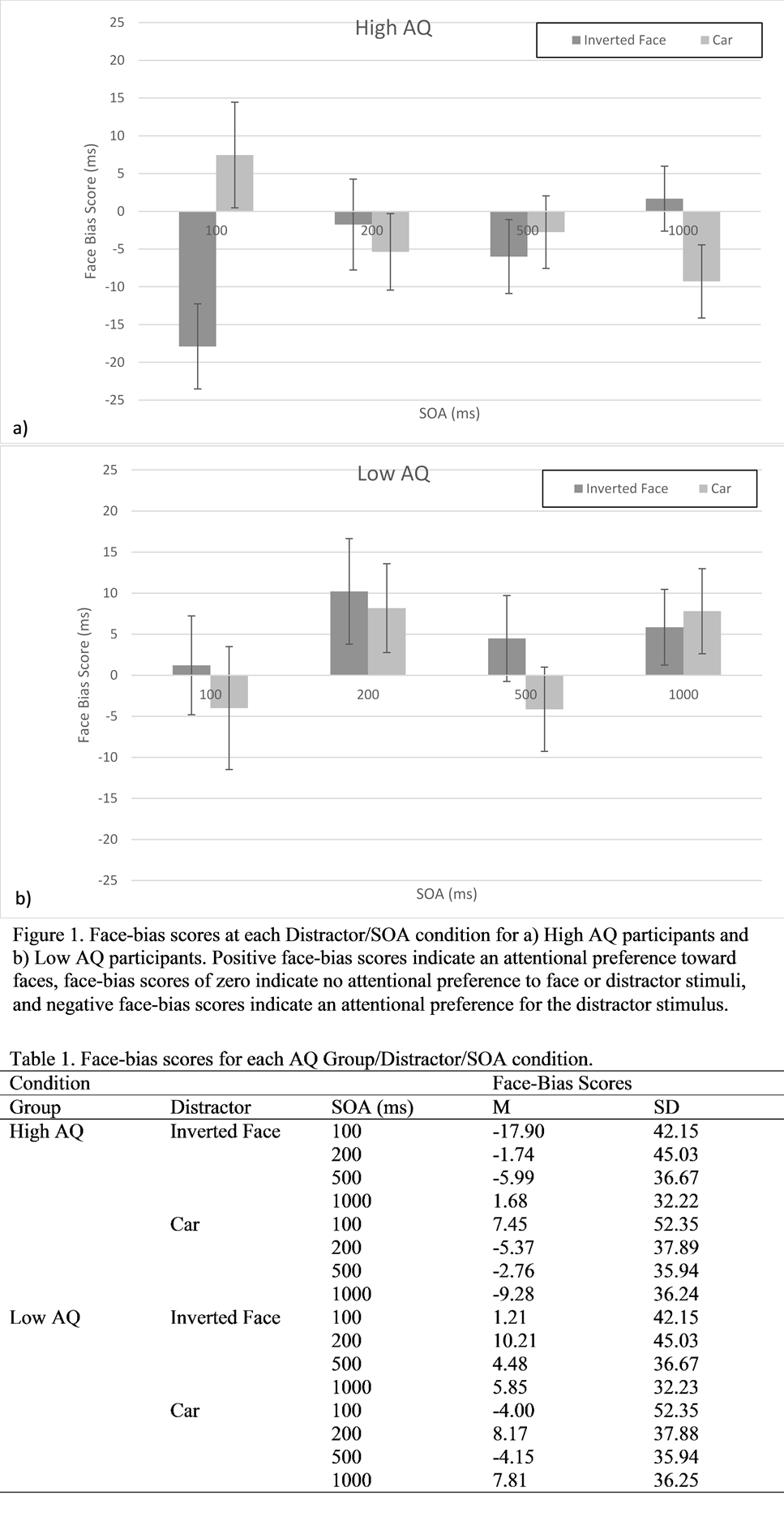