22447
Who Are We Missing: Why Would a Community-Derived Sample of Children with ASD Have Higher CBCL Symptoms Than Clinic-Based Samples?

Methods:   Parents of 147 youth with ASD (female=19), age 5.92-19.17 (M=10.29, SD=2.5), FSIQ 62-149 (M=103.79, SD=19.43), who met CPEA criteria for ‘broad ASD’ on the ADI-R and/or ADOS, completed CBCL on their children.  123 families were evaluated in a clinical setting, and 24 families were evaluated in a community setting.  Maternal education in 7 categories was used as a proxy for SES; 74.8% of mothers in the clinic sample and 56.5% of mothers in the community sample have a college or graduate education.  Clinical and community groups did not differ significantly on sex or IQ; 11.6% of the clinical sample and 21.7% of the community sample is African American/Black.  Group differences were explored with Chi-square and independent sample t-tests.

Conclusions:   Although significant differences based on SES were not found, there were differences between clinical and community samples (see Figure 1).  Based on a relatively small sample of community data, significantly more DSM symptomatology was reported by parents.  Future directions include expanding the sample size of the community group and understanding what services this group is and is not receiving. 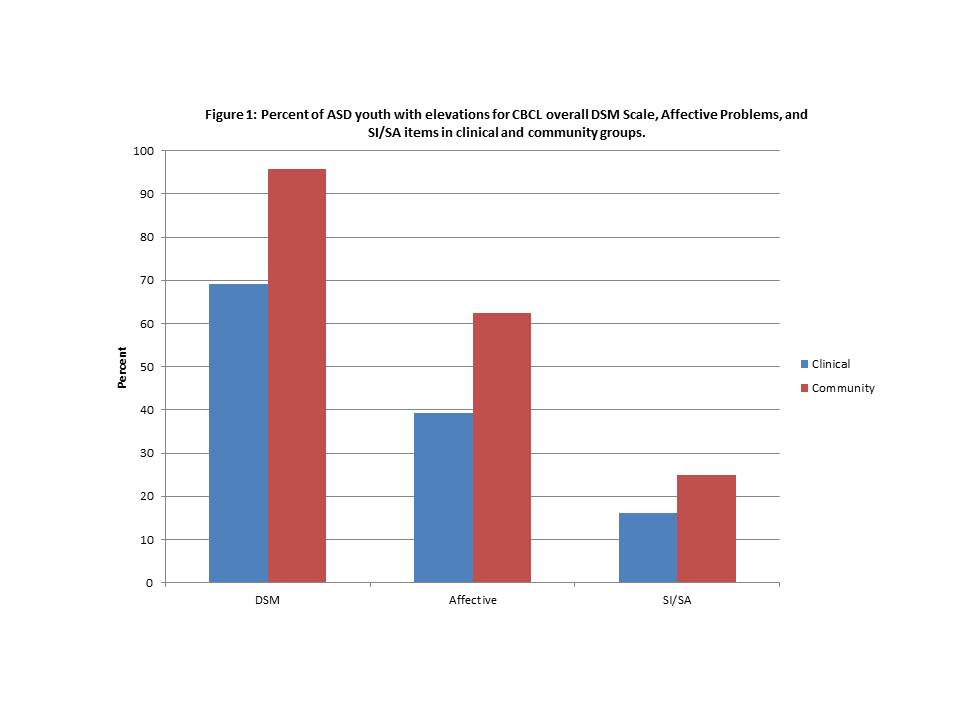