22449
Onset, Trajectory and Pattern of Feeding Difficulties in Infants Later Diagnosed with ASD

To identify the onset, trajectory and pattern of feeding difficulties in infants later diagnosed with ASD.

A new autism-specific factor structure (Allen et al 2015) for the Behavioral Pediatrics Feeding Assessment Scale (BPFAS), a validated and commonly used parent report measure of feeding problems (Crist & Napier-Phillips 2001), was applied to prospectively collected BPFAS’s in a sample of 93 infants with an older sibling with ASD -- the high-risk (HR) group -- and 62 infants with no known familial ASD -- the low-risk (LR) group, as part of a larger funded infant sibling study. Infants enrolled at 6 or 9 months and were assessed prospectively at 6, 9, 12, 15, 18, 24 months. At 36 months comprehensive diagnostic assessments were conducted using ADOS, Mullen and observational data. The BPFAS was completed by parents at 15, 18, 24, and 36 months.

The analysis of the 3 factor score described by Allen et al (2015) revealed a similar pattern for the food acceptance and mealtime behavior domains, with significant age by group interaction effects. The ASD group exhibited greater problems in terms of food acceptance and mealtime behavior domains over time compared to the other groups. The medical/oral-motor domain did not show main effects for either age or group and no significant interaction between age and group. 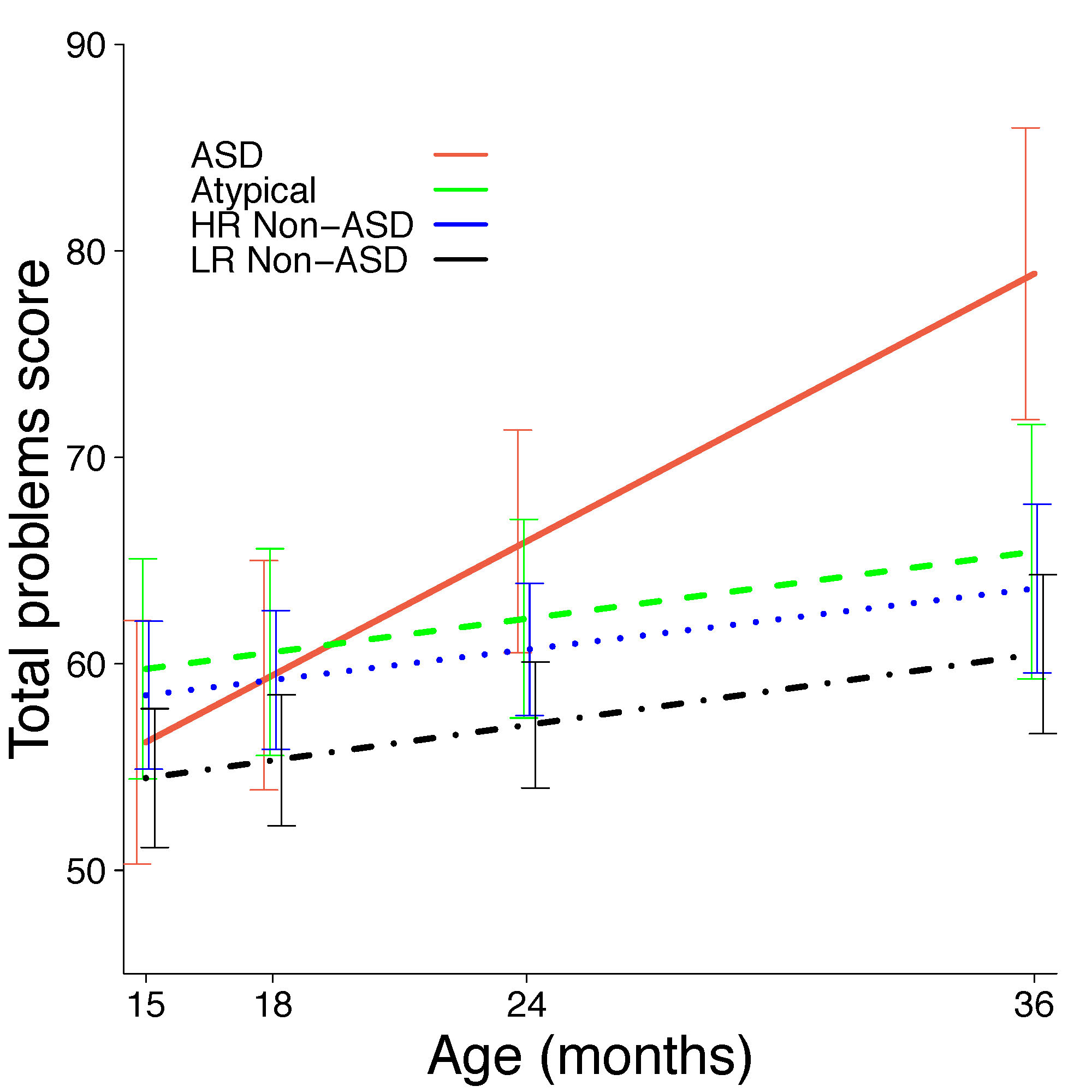