Objectives: The purpose of this study was to examine ERK activation in peripheral lymphocytes in young children with ASD, aged 3 to 5 years old compared to age- and gender-matched neurotypical controls.

Results: There were 15 children in each group (4 female). Groups were matched for age with a mean ages of 4.5 and 4.2 in the ASD and control groups respectively (p=0.26). Groups were not matched on IQ with the children with ASD having a significantly lower IQ. Children with ASD had a significantly higher baseline ERK activation as compared to the control group (p=0.037).  The time to half-maximum phosphorylation did not differ between groups (ASD M=5.67 minutes s.d.=0.84, Control M=5.87 s.d.=0.84 minutes, p=0.662).

Conclusions: ERK is a promising potential biomarker for ASD in young children. Further work is needed to fully understand how it may serve to aid in monitoring of treatment response or early identification. 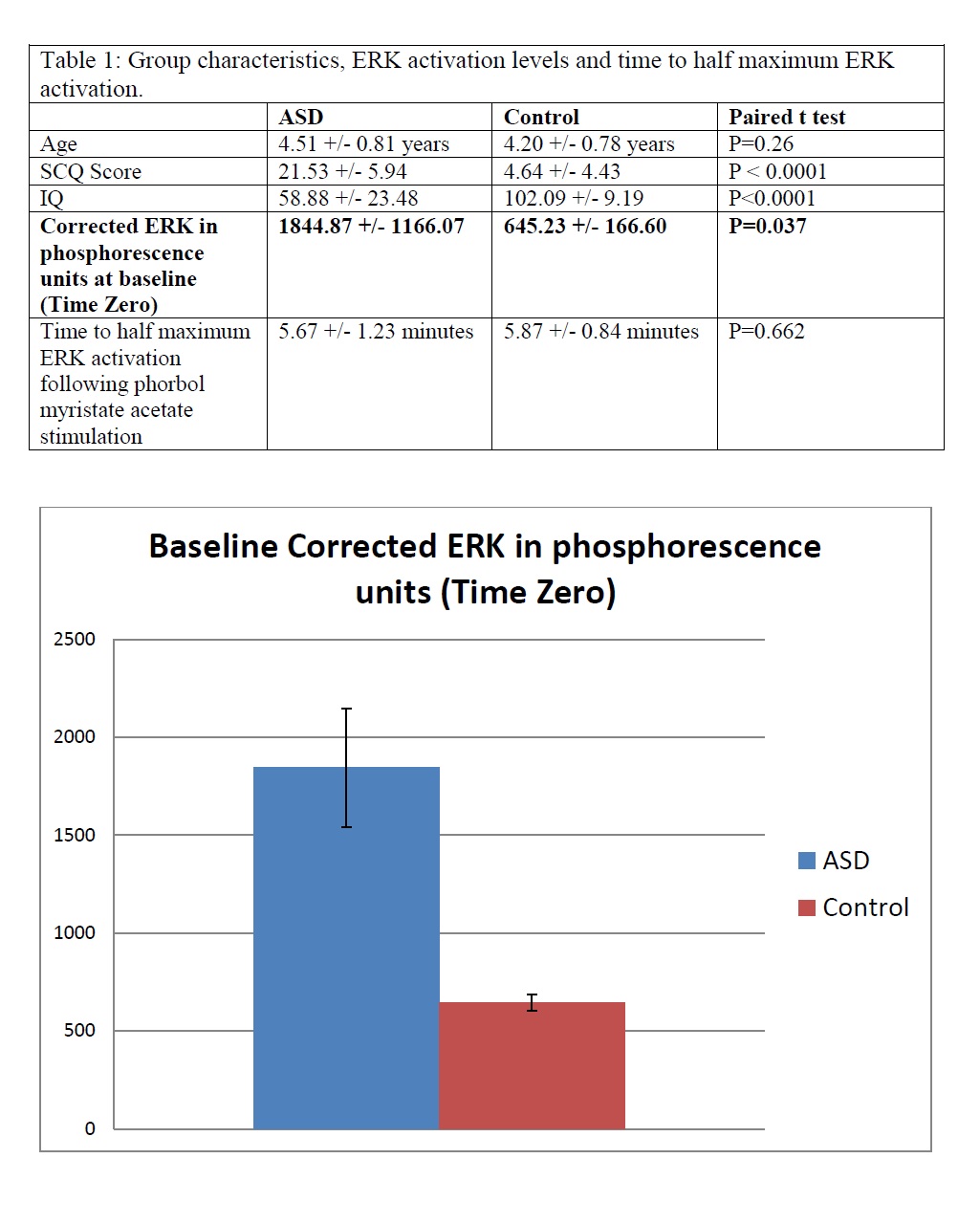