ASD patient registries engage families in new research initiatives and facilitate longitudinal data collection. Child registrants who transition into adulthood provide a unique opportunity to enroll the next generation in ASD research. Established in 2011, the SSC@IAN represents over 1400 families who participated in the original Simons Simplex Collection study. In 2015, efforts were undertaken to engage and consent nearly 600 childhood participants from this cohort who had reached 18 years.

To determine the ability to engage and consent young adults, with and without ASD, who have been previously enrolled for research as children and require re-consent upon reaching 18 years.

Parents of over-age-18 children were invited to complete an online form designating their child’s appropriate legal status – legally independent vs. dependent. If independent, parents were given the option to invite the over-18 child to continue his/her participation in the registry. Over-age-18 participants, with and without ASD, were notified by email about the SSC@IAN and given the option to participate. Electronic consent was obtained. New participants were asked to provide current sociodemographic and medical information.

Established ASD patient registries provide a unique opportunity to engage multi-generational cohorts in research. Enrolled parents are able to be engaged to facilitate continued participation of their young adult children – an often difficult population to recruit. Parents were more likely to provide information about their adult son/daughter with ASD compared to his/her adult sibling; however there were no significant differences in obtaining consent from independent young adults with and without ASD. Overall, families with adult children were less likely to respond than families with children under 18. Specific challenges include re-engaging parents of over-age-18 participants, identifying appropriate legal status for adults with ASD, and communicating the potential role of unaffected adult siblings in future ASD research. 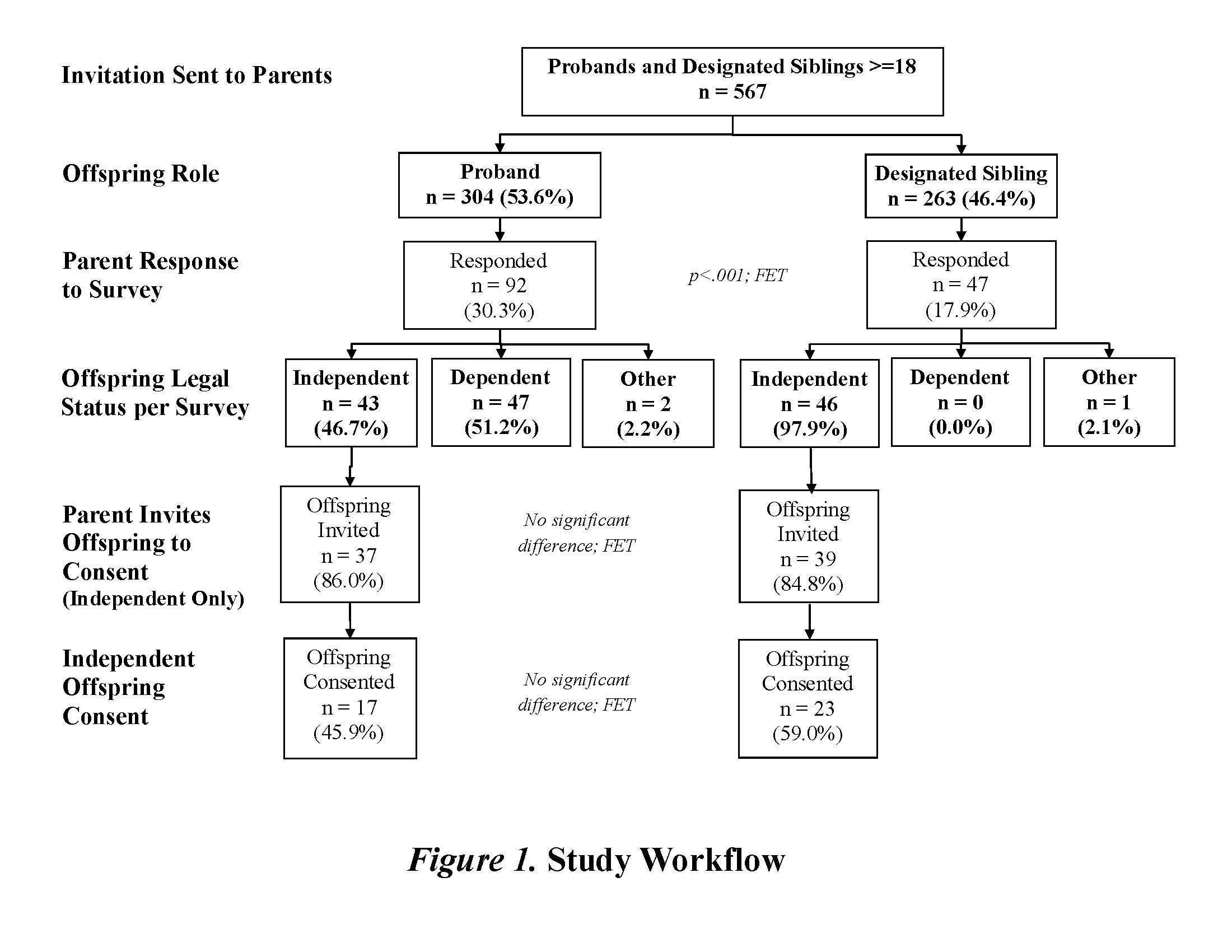