A novel Arhgef6 loss-of-function mouse model was produced from targeted-trap C57BL/6N ES cells (Arhgef6tm2e.1(EUCOMM)Wtsi/Tcp) and maintained on a C57BL/6N background. As a first screen 31 fixed mouse brains were examined.  Sixteen of which were Arhgef6(tm1e.1/y) mice and the other 15 were WT controls (C57BL6/N). The mice were P60 ± 2 days.

MRI Acquisition – A multi-channel 7.0 Tesla MRI scanner was used to acquire anatomical images of the brain. A T2-weighted, 3-D fast spin-echo sequence was used (restricted sampling to a circular region in the two phase encode dimensions). This sequence yielded an image with 40 μm isotropic voxels (3D pixel) in ~14 h.

Data Analysis – To visualize and compare any differences the images from each group are registered together. The goal of the registration is to model how the deformation fields relate to genotype (Lerch et al., 2008). Volume differences are then calculated either in individual voxels or for 159 different segmented regions (Dorr et al. 2008, Ullmann et al. 2013, and Steadman et al. 2014). Multiple comparisons were controlled for using the False Discovery Rate (FDR) (Genovese et al., 2002). 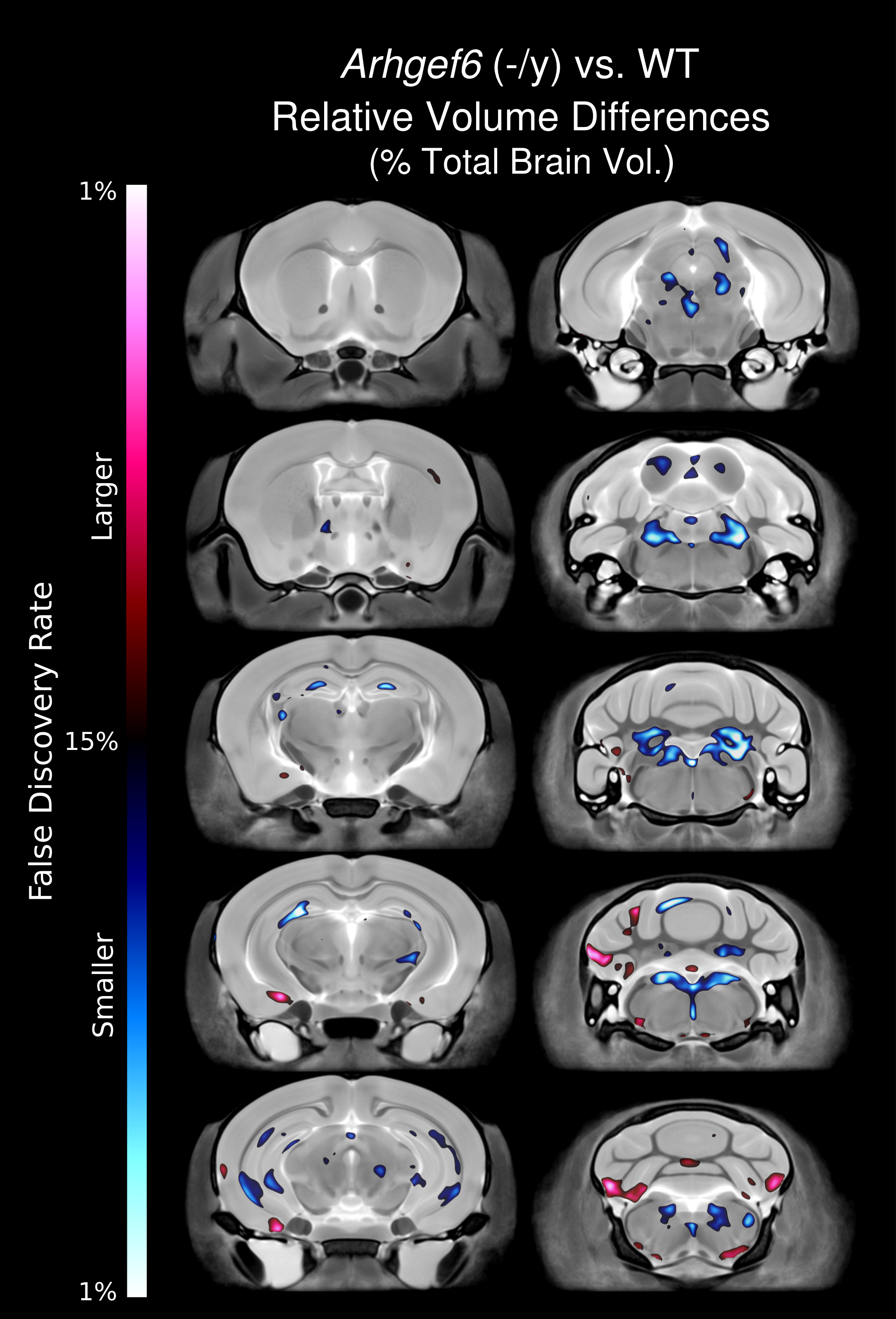