To determine health outcomes, including contributing factors, in mothers of teens/young adults with ASD

Maternal participants in the Interactive Autism Network (IAN) with at least one teen/young adult aged 15-29 were recruited to complete a questionnaire that incorporated the PROMIS Global Short Form, the Perceived Stress Scale (PSS), and the Waisman Activities of Daily Living Scale (W-ADL). Additional demographic questions were asked of the mother and general health-related questions for the child.

488 mothers completed responses for the PROMIS Global Short Form and the Perceived Stress Scale for themselves, and the W-ADL for their teen/young adult.

Primary factors associated with decreased health for mothers of teens/young adults with ASD are increased stress (strongly influenced by household income and the teen/young adult’s general health), the presence of another child/young adult with ASD/other disability in the home, and the male gender of the affected child with ASD. See Path Analysis below (χ2(54) = 173.13; p<.001) and Figure 1.

* Greater severity of ASD in the teen/young adult, the presence of intellectual disability, and poorer verbal skills were all negatively associated with independence as measured by the W-ADL, R2=.50, F(3,465)=153.53, p<.001.

This combination of child, maternal and social factors is similar to that reported for mothers of younger children with ASD. Family-centered ASD programs are needed to effectively address this complex set of issues. 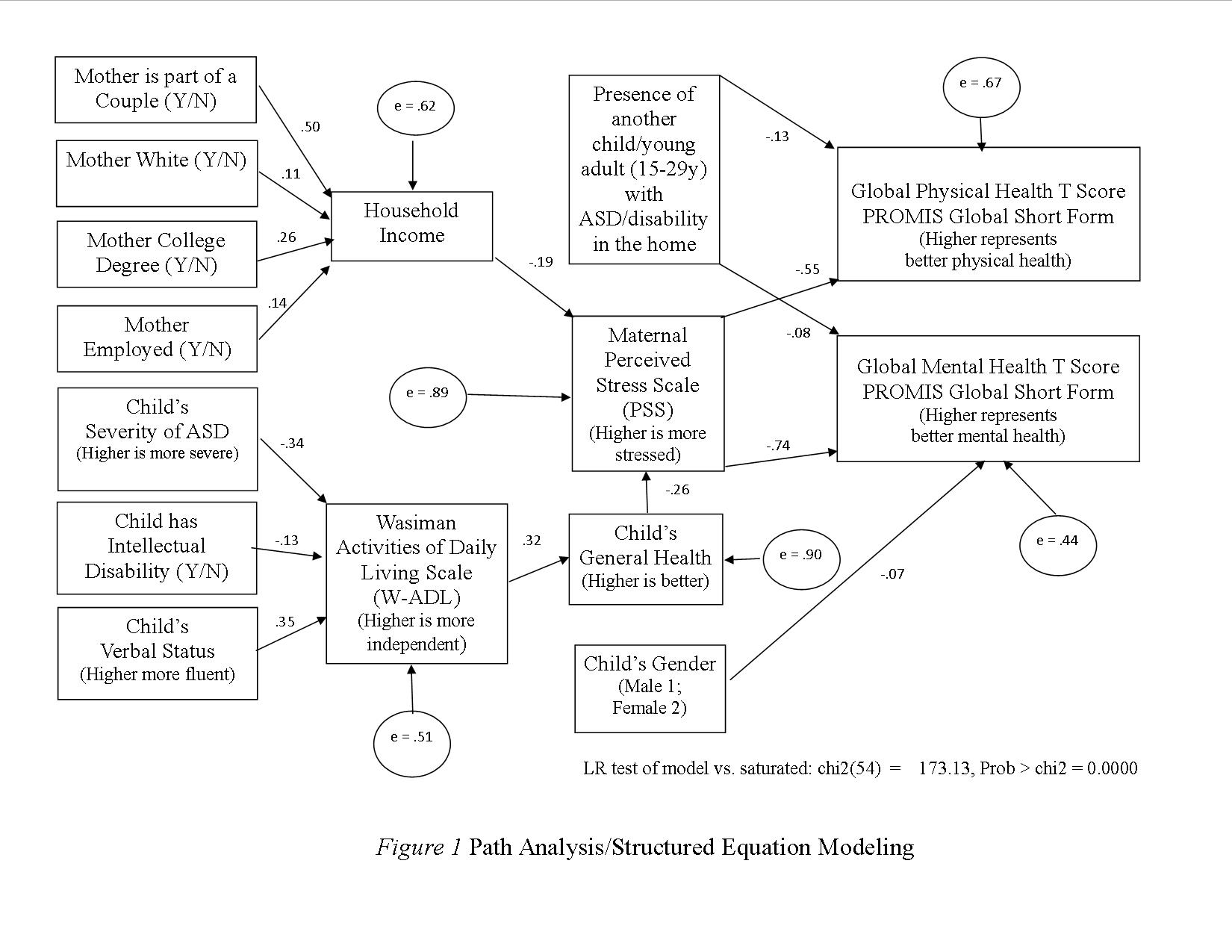