Hall A (Baltimore Convention Center)
J. L. Irwin and M. Beeghly, Psychology, Wayne State University, Detroit, MI
Background: The male-female ratio for autism is 4-5:1 (Fombonne, 2011). Consequently, most autism research has focused on males, and the female autism phenotype is poorly understood. Also understudied is whether social responsiveness contributes to cognitive performance among children with autism, and whether gender moderates these associations.

Objectives: The aims of the current study were to evaluate whether male and female children with autism vary in cognitive profiles, whether social responsiveness contributes to cognitive functioning, and whether gender moderates these associations.

Methods: A sample of individuals with ASD (N=217, 53% male) was derived from the National Database for Autism Research. Cognitive profiles were evaluated using the DAS-II School Age (standard scores), and social functioning with the Social Responsiveness Scale (t-scores). Gender moderation was analyzed using the PROCESS macro for SPSS. Expectation maximization was used to address missing data.

Conclusions: Results show that the cognitive and social phenotype for females differs from that of males, underscoring the need for greater attention to females in autism research. Findings also demonstrate the utility of evaluating social as well as cognitive functioning in this population, and suggest that interventions for children with autism should consider gender differences in cognitive and social ability.

Acknowledgments: Data used in the preparation of this abstract reside in the NIH-supported NIMH Data Repositories, specifically in the National Database for Autism Research. Collection IDs and submitters are available upon request. 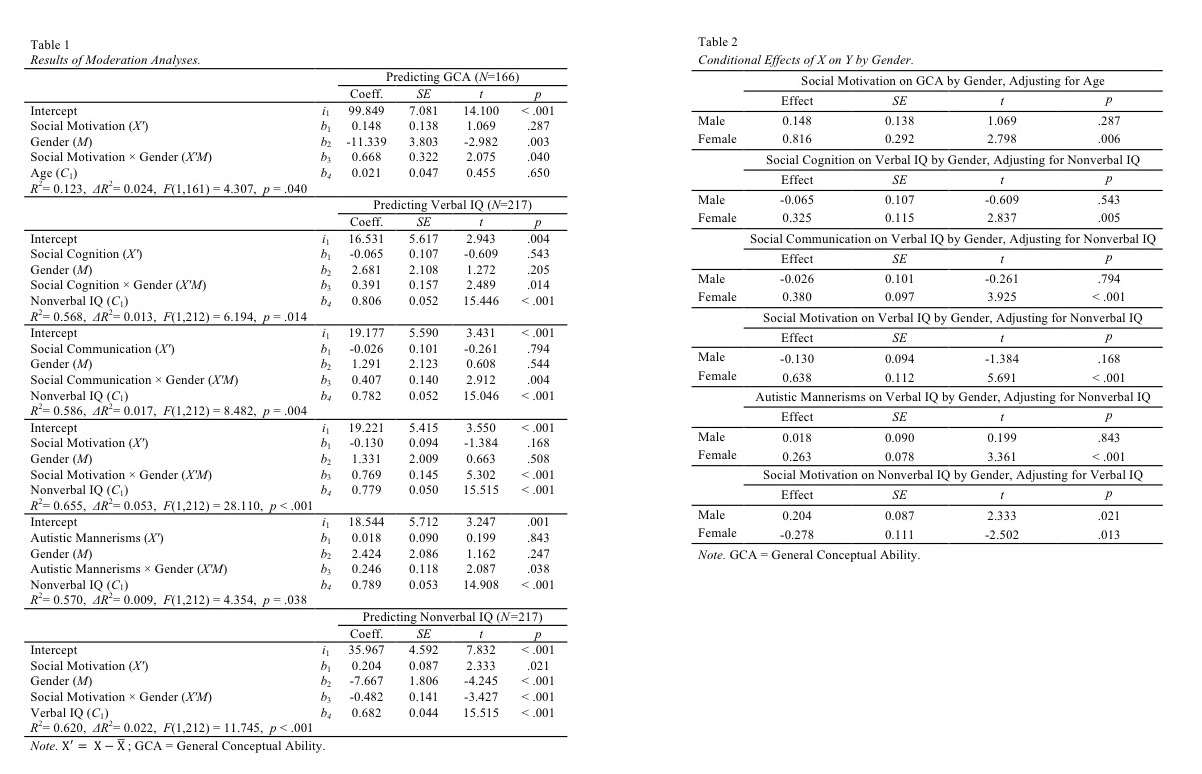