Objectives:   We provided a series of technology-related summer camps, which offered an engaging and supportive environment in which adolescents with ASD could practice appropriate social and collaborative skills with TD peers. Shared common interest was in one of two topics: robotics or computer game programming (CGP). The primary goal of the camp was to improve social anxiety and social skills.

Methods:  We recruited 33 individuals with ASD and 36 TD peers, ages 10-17 years, who received general education science instruction at school, and expressed interest in either robotics or CGP.  Participants completed a weeklong summer camp, during which they were trained in programming either a humanoid robot or computer games, depending on the type of camp in which they were participating.  In all camps, participants had the opportunity to program a robot or computer game while collaborating in pairs (1 ASD: 1 TD).  Participants were not labeled as having ASD.  Social skills were taught indirectly through assigned technology-related exercises, such as programming the robot to make appropriate eye gaze and gestures to interact naturally with the audience.  Pre- and post-treatment data were collected on participant-reported levels of social anxiety (Social Anxiety Scale) and parent-reported social skills (Social Skills Improvement System).

Conclusions:   These results provide a strong support for the effectiveness of social performance-based camps for adolescents with ASD.  Whether there is something unique about programming humanoid robots that is more conducive to social skills learning needs to be explored further. 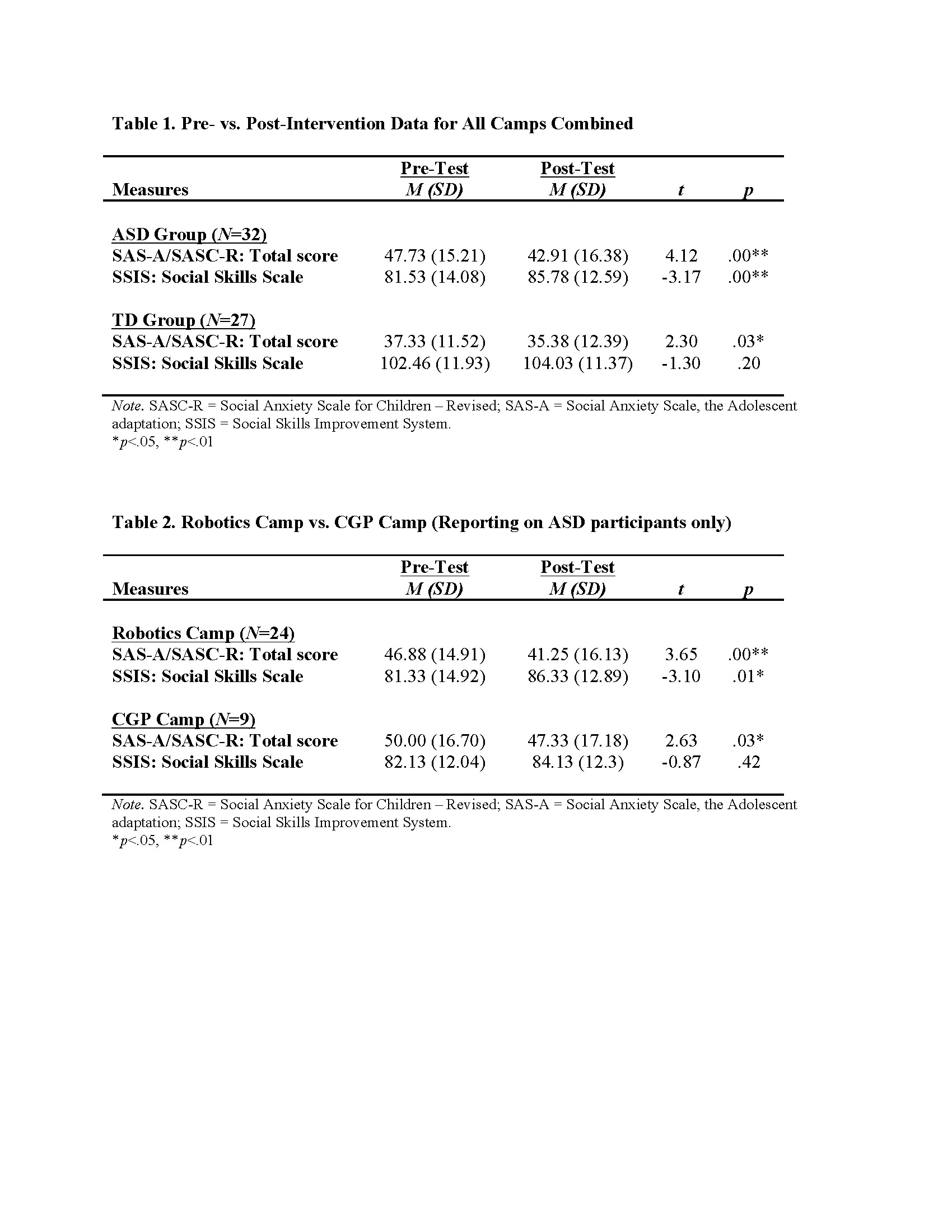