Objectives:  The aim of the present study was to investigate differences in core symptoms of ASD by gender on gold standard measures using both clinician observation and parent report.

Conclusions:  Parent report measures showed greater impairment in current functioning for females, while greater impairment was reported for males during the crucial historical period for diagnosis (preschool years). This pattern of findings suggests that females with high-functioning ASD are at risk for delays in diagnosis and consequently are more impaired than their male peers during school-age years, perhaps due to related delays in access to services. Importantly, males and females performed similarly on clinician observation, with no significant differences on ADOS algorithm items, suggesting those who meet criteria for a diagnosis present similarly to expert clinicians during middle childhood and early adolescence. This may indicate a need for sex-normed early screening measures to increase access to early diagnosis for females with high-functioning ASD. 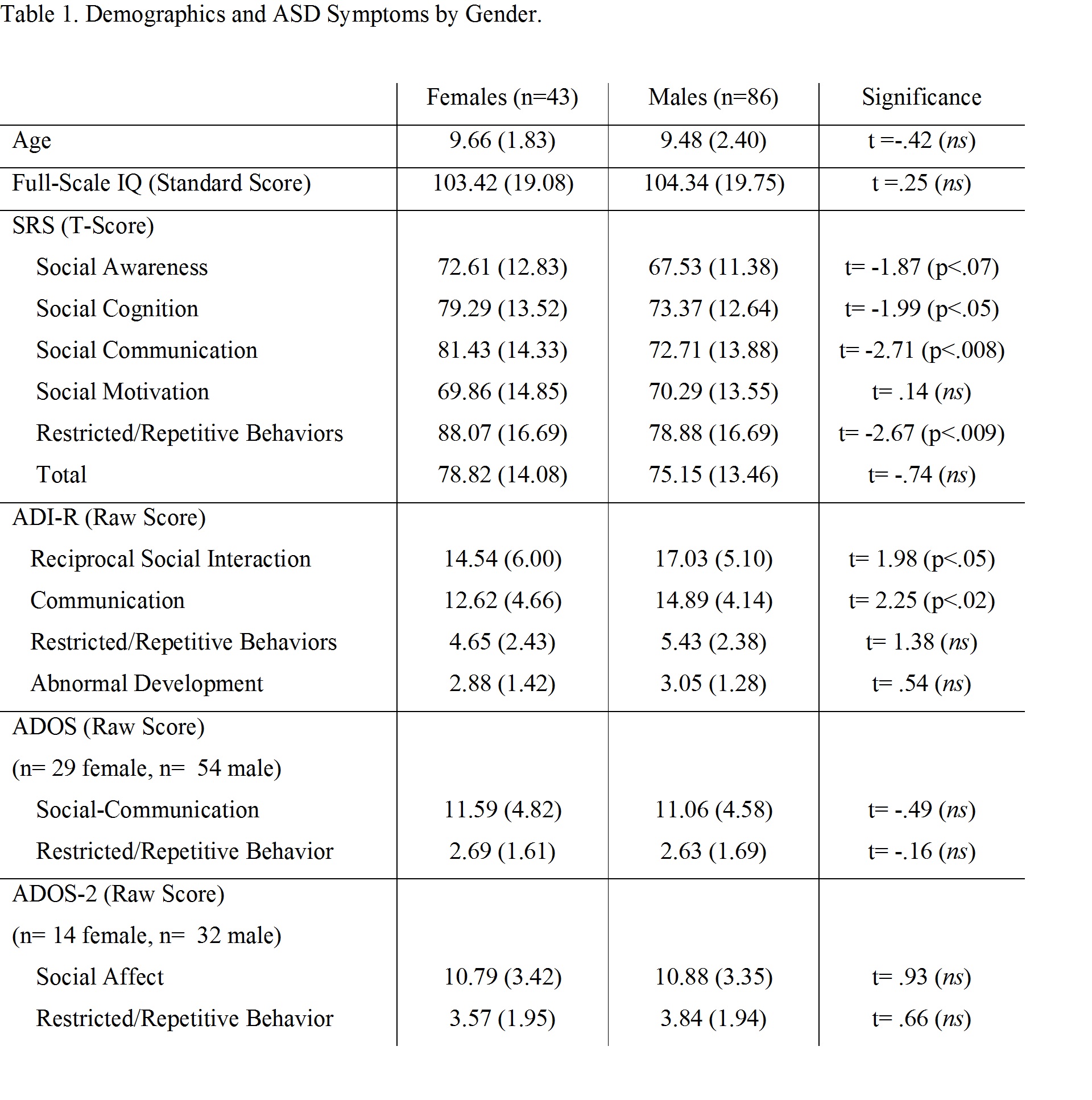 See more of: What Is Different about Females with Autism: Where Are We and Where Do We Need to Go?
See more of: Diagnostic, Behavioral & Intellectual Assessment